Products that protect automotive paint have been around as long as the vehicles themselves. Ever since cars appeared in the late 1800s, products have been developed to protect the paint. 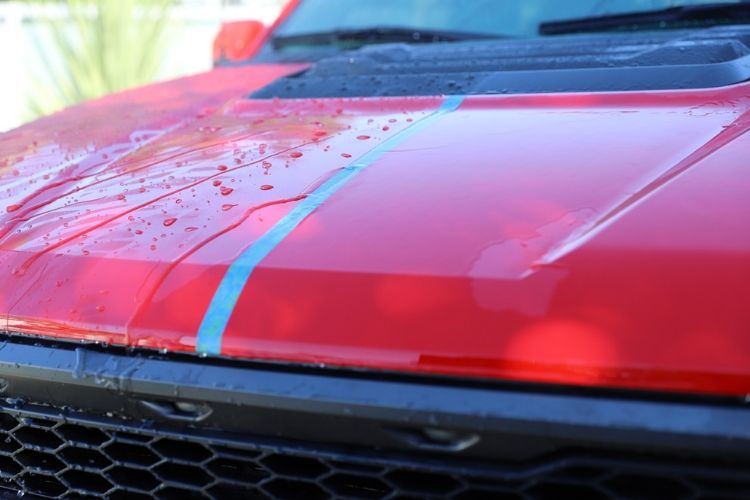 The evolution of protective finishes coincides with changing paint formulations over the years:

Gottlieb Daimler, Karl Benz, and Wilhelm Maybach received a patent for a motorized vehicle in 1886. Soon thereafter, Daimler Motoren Gesellschaft was born. Today we know it as Mercedes Benz. At first, a type of lacquer used on horse-drawn carriages protected their “horseless carriages.”

Later, Ford Motor Company used a durable black varnish on many of the 15 million Model Ts it built. Henry Ford famously said that customers could have any color as long as it was black.

Car owners initially used natural waxes to protect these early car finishes. It all began in the early 19th century when waxes formulated with animal fat protected the lacquer on horse carriages.

Carnauba wax eventually became popular for car paint protection. It is one of the hardest of the natural waxes. Carnauba wax comes from a Brazilian palm tree nicknamed the “Tree of Life.” Some product formulations also included beeswax from honeycombs. In the mid-20th century, synthetic waxes appeared to protect the enamel and acrylic finishes of the day.

Today, the prevalence of clearcoat finishes really changes the equation. Touchless sealants are formulated with clearcoat in mind. They actually form a chemical bond with the surface. As one auto detailer says, “Typical polishing and waxing the newest cars may no longer produce the same results on these high-tech finishes.”

In general, silica-based sealants are better than wax at resisting:

Waxes typically need both drying time and buffing to achieve the desired shine. By contrast, touchless sealants deliver “spray on, rinse off” simplicity. 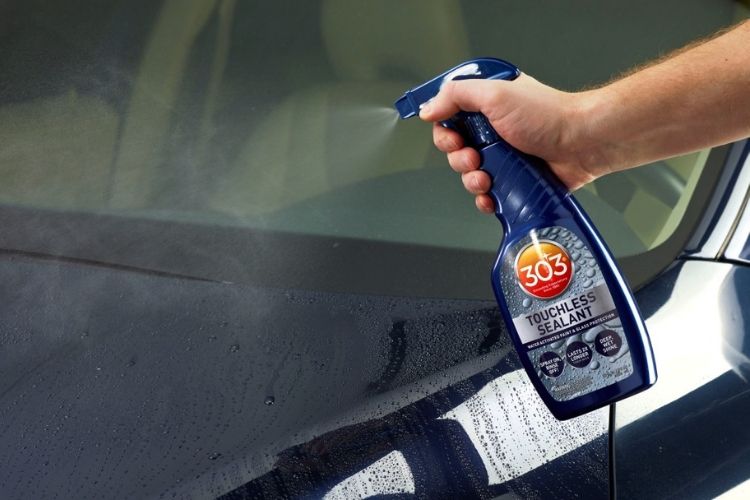 303 Touchless Sealant is a silica-based sealant with all the advantages noted above. It features innovative water-activated hydrophobic technology. The innovative SiO2 formulation repels water about twice as long as traditional waxes. Think of the time you’ll save cutting your applications in half!

In contrast to waxes, 303 Touchless Sealant is a true “spray on, wipe off” product. 303 Products introduced the new, advanced formulation in early 2019. It is part of a new family of nanotechnology polymer coatings. Micro-particles bond well with both clearcoat and single-stage paint. Apply it to car paint, wheels and windshields, and enjoy superior water beading.

Note that 303 Touchless Sealant is so hydrophobic (water repelling) that you don’t want to apply wax over it. Wax struggles to adhere to the chemically bonded, hard polymer finish. Simply apply the product to a clean surface, and you’re all set!