Why the Corvette Will Always Suck – In This Author’s Opinion 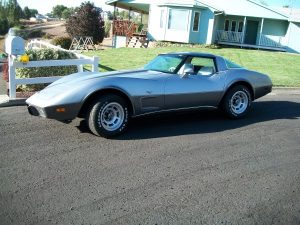 The American Corvette has been an icon since its conception and display at the 1953 Motorama exhibition at the New York Auto Show. It gleaned enough interest to entice GM to produce a version for the public and has since garnered numerous awards and praise for its daring design and engineering. However, it has not been all roses. Compacting so many systems and components within such a low-profile and sleek frame has created some serious drawbacks and failures. Here is a partial list of why the Corvette (most notably the C5) may be adored for its aesthetics but sucks in engineering and mechanical reliability.

The C5 Corvettes equipped with the AC Delco Freedom battery had problems with the battery case cracking at the terminal posts. Leaking battery acid drips down onto the PCM and wiring harness below the support. Some of it also reaches the AC lines and further down to the frame/chassis. The corrosion eats the wire insulation, in some cases causing shorts. With large enough leaks, PCMs have to be replaced, and the undercarriage frame has to be repainted and re-undercoated.

The MN6 and M12 transmission are known for chattering and rattling noises when the clutch is let out in first gear from a dead stop. This problem has been more prevalent with the C-5 model, but many cases have also been reported on older models. GM has always claimed this to be normal and part of the throwout bearing function. Many complaints have stated that the transmission shifter is very hard to mesh into gear during normal driving conditions. The problem is exacerbated in first or reverse gear when the shifter does not fully engage and pops out upon release of the clutch. GM has blamed the driver’s shifting habits for this condition.

Owners have continually complained of a pulsating brake pedal during normal braking conditions. The C5 was especially known for this fault, having brake rotors that overheated and warped. Replacement of the rotors is not required, but they must be turned on a lathe to restore the surface. This is problematic since several resurfacing procedures can thin the rotor thickness, leaving it vulnerable to higher heat levels because it cannot disperse the heat quickly enough. Many rotors experienced hairline cracks, the symptom of excessive heat coupled with stress. The brakes also have a tendency to lock up while being depressed in a turn, causing a hazardous fishtail condition.

The C5 Corvettes come equipped with two fuel pumps and two fuel tanks. The secondary pump routes gas from the passenger side tank to the driver’s side tank, and it has not been known to cause any problems. The primary fuel pump is located directly behind the driver’s seat and emits a very loud buzzing noise that is distracting and annoying. GM gave instructions to the owners via a bulletin on how to insulate against the noise. New, quieter fuel pumps are available to replace the older models.

The C4 and C5 manual transmission Corvettes have suffered complaints from a locking steering column after the ignition is turned off. It remains in the locked position after restarting. Some reports have indicated that the steering column locked rigid during driving. The only solution has been to replace the locking plate with one that is modified.

Numerous complaints have been logged about the cheap quality of the bucket seats and their propensity to crack and split at the seams, and this problem has been noted in all model versions of the Corvette. The problem is not age-related. The wire seat springs, crossbars and bolsters have been known to poke up through the seat fabric, even after moderate usage. It is suggested that extra heavy burlap be placed between the pad and the springs to stop the problem. Rocking of the seat back and forth during acceleration and deceleration is a most numerous complaint. The frame and attaching hardware must be replaced in most cases, but GM has not acknowledged this as a legitimate production fault.

The removable roofs have been plagued by a series of problems after 1979, most notably leakage, wind noise and rattling. The problem stems from worn or defective weatherstripping that crushes prematurely and dries out faster than normal. A bulletin has instructed owners to lubricate the weatherstripping with a dielectric grease to moisten it and make it more pliable.