Who wins, the Mustang or the Camaro? A side-by-side ranking through the years

Perhaps one of the greatest rivalries in automotive history is best viewed as an intense horse race, with the Mustang, the original pony-car, and the Camaro, Chevy’s rebuttal, galloping neck and neck for decades in a fight for the title of best hot rod.

Having each undergone many incarnations in the more than 50 years that these marquees have shared the road, both have also fallen back at times only to come from behind and one up the other. Let’s take a look at the standings so far in the battle between two of the most beloved nameplates to ever strut out of Detroit.

First-generation: The Mustang is older than the Camaro and obviously the inspiration behind every sports coupe that would come around in the late ’60s and early ’70s. Having been introduced in 1964, the Mustang predates the first Camaro by three years. Although the Camaro wouldn’t hit the streets until 1967, when it did, it was immediately well received by consumers and critics alike.
The advantage would seem to go in the Mustang’s favor since it was the trailblazer that birthed a segment. However, Ford, didn’t change up the Mustang too much until 1973, while GM had a replacement for the original Camaro ready to hit the streets as early as 1970 – only three years after the model debuted. This would hurt the Mustang’s chances if it wasn’t for the fact that the original Camaro, although arguably the most popular generation to date, was only intended to be a stopgap while GM manufactured a more solid model to compete in the muscle car segment. As well, there wasn’t much wrong with the original Mustang, which means it didn’t need to be retooled until it started showing age a few years into it’s second decade. 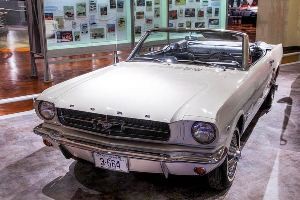 Second-generation: While the original Mustang was around for almost a decade before wearing out its welcome, it’s the Camaro that stuck around way too long without a major overhaul in the second-generation match-up. That’s not the only reversal of fortunes this round, however.The second-generation Camaro started out really strong, with a tighter body, a very attractive stance and performance that was equal to, if not better than, the original. The second Mustang, however, referred to as the Mustang II, was a joke by comparison.

Based off of the Ford Pinto, the second-generation Mustang was a blemish on the nameplate’s sparkling reputation. Not only was performance reduced and size diminished, but the quality of the ride took a major nosedive.

The Camaro wasn’t perfect during its second go-around, as the car stuck around on the same platform through one of the worst eras for the automotive industry. It wasn’t until 1981 that an overhaul of the platform was ordered, and the last Camaros of the ’70s were just as bad as the Mustangs of the era. However, the Camaro’s strong start and overall superiority throughout the beginning part of the decade gave it the edge this round. 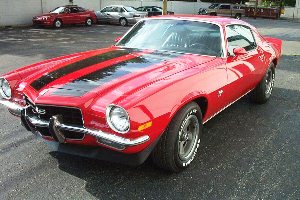 Third-Generation: The Mustang continued its role as a compact sports coupe more than an all-out muscle car when it was given new life in 1979. The Camaro, however, built upon the flat, road-hugging look that it had started to develop in the latter half of the ’70s when it was reintroduced for 1981. Both cars had attempted to give drivers an exhilarating performance, but the 1980s were a time when emission standards granted automakers little freedom, and a true hot rod couldn’t be found. It’s hard to call either of these muscle cars a winner, but when it comes to sheer looks, the points go to the Camaro. 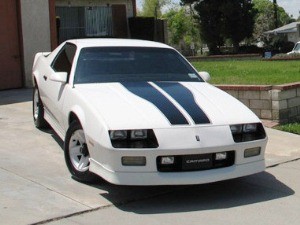 Fourth-generation: Things begin to look up when the fourth generation of the Mustang and Camaro are introduced in 1994 and 1992, respectively. For starters, the Mustang looked less like a robot and actually had the dimensions of a sporty coupe. The car was longer and beefed up styling cues as it grew into the ’90s. It initially looked rather feminine, but by the time the new millennium rolled around, the Mustang had a mean look with sharp lines and a series of performance packages that actually made it a highly driveable car that would rival the original.

For the Camaro, the fourth generation was what many auto-enthusiasts had anticipated would be the car’s swan song. Despite decent performance, the Camaro never came close to selling as many units as the Mustang would go onto over the next decade. While the Mustang got meaner looking and the performance only enhanced, the Camaro started to look like a modified Chrysler Sebring, and GM took few chances when it came to performance. In 2002, GM closed the book on the Camaro and shelved the nameplate. 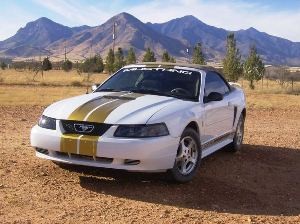 Fifth-generation: When we get to the fifth incarnations of these cars, you may begin to feel a little bit of deja vu, and not just because of the retro style direction. In 2005, Ford revamped the Mustang completely, borrowing heavily in nearly all aspects of the car’s design from the taut proportions of the original. Although retro cars were in that year, Ford was lucky that the good looks of the first Mustang were timeless, and bringing back a few of the winning ingredients would translate wonderfully in modern times.

The Mustang single-handedly revamped the muscle car era again, inspiring Dodge to take its entire lineup in a retro direction, even reintroducing the Challenger. However, there had been rumblings ever since the Camaro passed on in 2002 that GM might resurrect the marque, though Chevy would never confirm the truth to the story one way or the other.

Then, in 2009, almost coinciding perfectly with the timeline of the original introductions of these powerhouse muscle cars, an all-new Camaro hit the streets that took cues from the first generation while still managing to look like a modern model. Not only does the current Camaro slay the Mustang when it comes to looks, but the performance options available make it one of the fastest production cars sold today.

Do you agree with our scoring? Which do feel wins this battle?