Welcome to Tailgating Week at Cool Rides Online. We’re well into the season, so it’s time to take a look at some of the best tailgating in College and Pro Football. We begin the week with looking at the Top Three College Tailgating Vehicles. These vehicles really enhance the gameday experience for many fans. Here are three I think are the best. 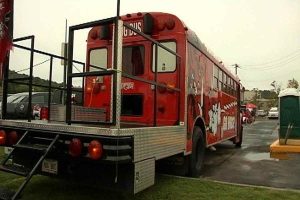 Mark Rodriguez, his son and a friend converted an old school bus into a Fayetteville institution. The project took nearly a year and a half to complete. One of the features of the bus includes a church pew, where a pre-game prayer for a “Hogs” win is no doubt recited every now and then. The bus also features a full kitchen a rear deck and a satellite TV. The Rodriguez family uses the bus for all Razorback home and road games during the season.

Keith Moody renovated a 1992 Ford B700 Bus into a an ultimate Gator tailgating party bus. Moody said that it took 1,000 man hours to complete. Some of the features of the Master Gator Bus include a covered back porch, custom interior, sound system, 2 – 22” LCD flat screen TV’s and orange diamond plate flooring. This bus makes tailgating before a Florida game even more entertaining. 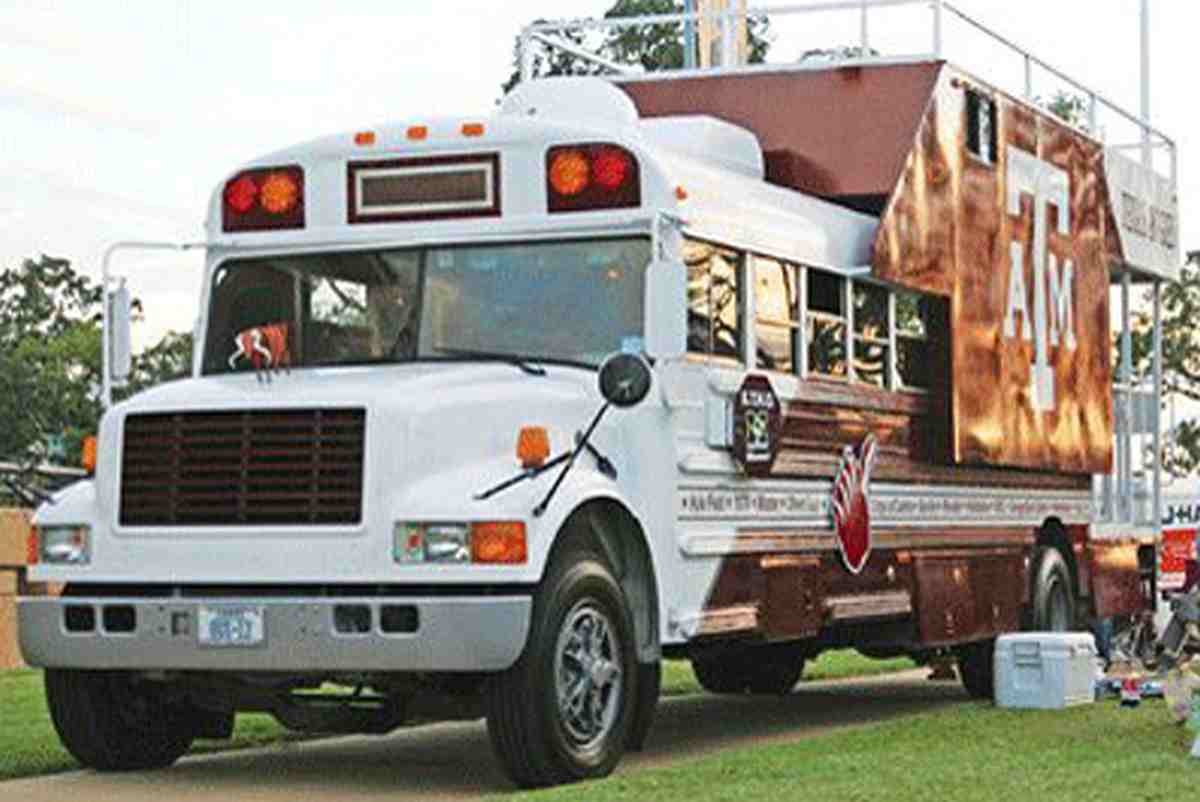 They say that everything is bigger in Texas. There is no doubt that it rings true in College Station with the Texas A&M Party Bus. The Lane family remodeled an old school bus in 2006 to promote spirit for all Aggies games and events. Some of the features of the party bus include a backdrop of Kyle Field, special stadium seating, Aggie memorabilia fills the interior along with two indoor and an outdoor flat screen TV,

If you would rather be outside while tailgating, the Texas A&M Party Bus 12 features a back porch along with a rooftop party deck, to help make this one of the coolest tailgating party buses anywhere.

We want to hear from you. Which college football tailgating vehicle would you add to this list. Add your favorites in the comments below or on the Cool Rides Online Facebook page.