Not only were the 1980s a strange and wonderful time for fashion and music, but the decade was also a unique one for cars. During these years, car developers designed stunning vehicles that challenged convention even as they established trends for years to come. While collectors have driven up the prices on classic ’80s cars like the DeLorean and the Miata, a number of muscle and classic cars from the era are reasonably priced and waiting for an expert’s restoration skills. 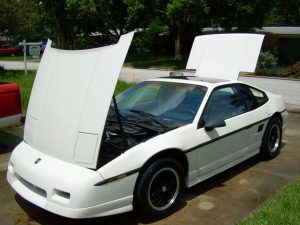 By Jkough via Wikimedia Commons

The Pontiac Fiero from 1984 to 1988 is a classic automobile that most people can still afford. Because earlier incarnations of the model suffered from a few quality issues, consider looking for a later year Fiero. From the time of its first release, car buyers appreciated the sporty styling of the car, and this appreciation continues today. Pontiac released its 1988 Fiero with a 2.8-liter V-6 engine that emitted 135 horsepower. In 1988, this car hit the showroom floor at $13,999. Today, collectors can pick one up for under $5,000.

The Pontiac Firebird is another classic sports car to consider restoring. During the ’80s, the car company allowed buyers to choose a 2.5-liter four-cylinder engine or a 2.8-liter V-6 engine while a 5.7-liter became available in the 1987 Firebird. Pontiac also manufactured the 1987 model as a convertible. In considering the number of years that have passed, the Pontiac Firebird still holds up style-wise. Its sleek bodyline continues to look sharp, and the vehicle model’s engine delivers plenty of performance. Today, restoration professionals can purchase a project Firebird for around $2,500. 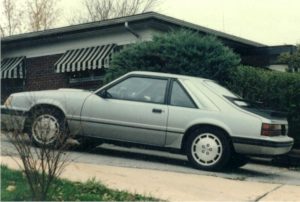 By N0ty at English Wikipedia via Wikimedia Commons

When it comes to Ford, those who restore automobiles can’t go wrong by choosing a Mustang. By the time the mid-’80s rolled around, car manufacturers had recovered their design mojo. The 1984 SVO Mustang featured a four-cylinder engine. It was also the first American made car to come with 16 x 7 alloy rims for performance tires. These high performance tires brought a new element to the era’s muscle cars. Other recognizable ’80s characteristics consist of the muscle car’s off-center hood scoop in addition to a dual rear spoiler. Ford also redesigned the car’s front end to stand out from earlier Mustangs.

With the onslaught of vehicles arriving to the U.S. from foreign builders, the 1980s challenged America’s car manufacturers to develop models that featured popular components from across the pond while targeting car buyers who enjoyed their time behind the wheel. Ford responded to the competition by launching the 1983 Ford Thunderbird Turbo Coupe. While Ford’s Thunderbird needed some work in the aerodynamic department, the car company equipped the vehicle with a 2.3-liter Lima four-cylinder engine. For the Turbo model, Ford set up the engine to receive non-intercooled turbo, and this gave the car 155 horsepower and 180 pound-feet of torque. The features included in this model are what make it an affordable collectible today. 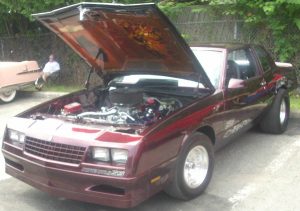 Camaros are the quintessential muscle car. Consider restoring a 1988 IROC-Z. Chevy offered two different engines with this model. Options were the 305 and the 350 cubic inch V-8. The 305 was rated at 220 horsepower, and the 350 came in at 230 horsepower. In this model, car buyers could opt for 16-inch five spoke wheels while enhancements like spoilers and ground effects came standard. For the 1988, Chevy included fuel-injected engines. The carmaker also made a few cosmetic changes to the model. For instance, designers added the name IROC-Z to the rear bumper. Chevy also shifted the door decals from the front to the back. Camaros from any era have their fans, so restoring one should be a solid investment.

Priced from around $4,500, the Monte Carlo is another Chevy vehicle to consider restoring. Due to their powerful V-8 engines and bold exterior styling, the Monte Carlos from the mid-’80s were popular with car buyers. The car model from this era featured a dual-exhaust system, which growls appropriately. It also comes with a variable-ratio steering box and a sport suspension. These two elements ensure that the car is still fun to drive, and once collectors revisit the Monte Carlo’s aero style front end, they’ll feel as though they’ve taken a step back in time. 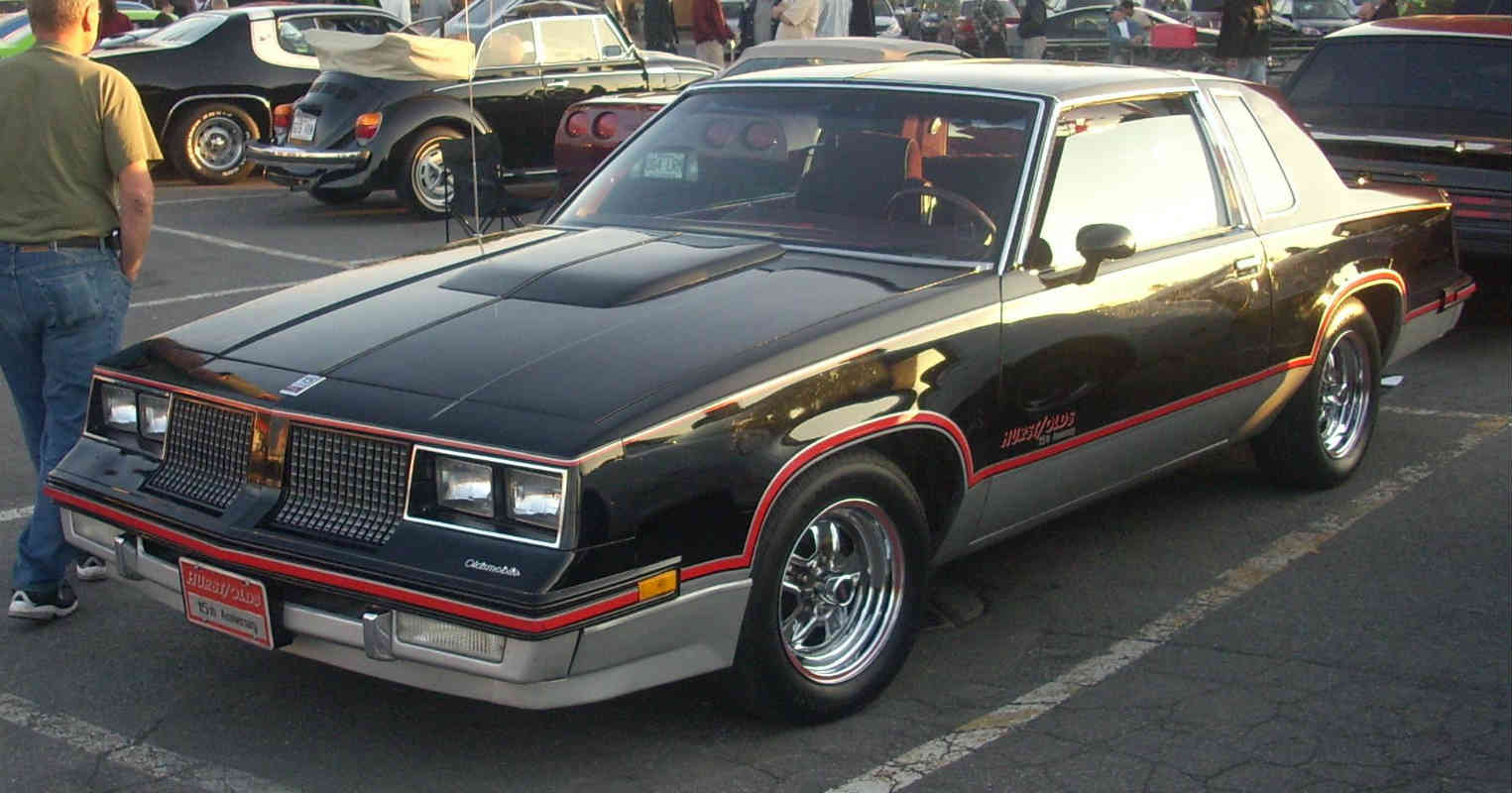 In 2004, the last Oldsmobile rolled off the assembly line. Despite the death of the brand, several Oldsmobile models are worth refurbishing including the Cutlass. Buick equipped the car model with a V-8 engine. The carmaker also added rear-wheel drive to the vehicle for more power. If a restoration expert finds a 1985 edition, he or she will own a car that comes with a three-speed automatic transmission and a torque converter clutch. Like the Monte Carlo, the Cutlass is a large, powerful American automobile of a kind that carmakers will never build again. This fact assures its historic value.

The Hurst Olds is another classic Oldsmobile that’s worth restoring. With its distinctively boxy exterior styling and chrome additions, a fully restored Hurst Olds is likely to win a few car shows. The carmaker only manufactured 3,001 of them, so collectors may have some trouble finding one. Staying true to the vehicle’s color blend is important. A Hurst Olds has a black upper body while its lower section is silver. A red stripe divides the two hues. Oldsmobile equipped the model with a 180 horsepower engine that emits 245 pound-feet of torque. Restoration professionals may be able to pick one up for around $7,000. Due to its rarity and affordability, the Hurst Oldsmobile is one to consider collecting. 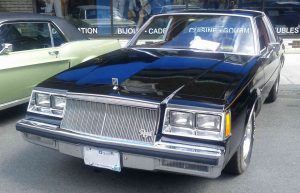 As one of the most famous muscle cars of the 1980s, the Buick Regal is a good restoration choice. When the carmaker released the 1981 version of the car, buyers were thrilled with the cosmetic changes, which included a sloped front end. Buyers also had the option of upgrading to the Turbo V-6. During this era, the car company decided to focus on the Regal’s performance issues and reliability by releasing a performance package model. This version featured dual exhaust, a higher stall speed torque converter and rear end gearing. For the later models, Buick continued making additional improvements, so collectors can feel confident restoring any Regal from the ’80s.

While modern-day Buicks focus on luxury, during the ’80s, the carmaker released a vehicle that challenged the Corvette. This car was the Buick Grand National. The model’s turbocharged V-6 delivered quick acceleration while its standard black paint job added to its intimidation factor. The 1984 edition came with an engine that provided 200 horsepower and 300 pound-feet of torque while the 1986 model featured an air-to-air intercooler as well as a tweaked boost output to give car buyers another 35 horsepower and an additional 30 pound-feet of torque. For a little more power, be sure to purchase a later year Grand National.

By embracing a car-remodeling project from the ’80s, car collectors will be preserving a piece of the past. Many cars from this decade feature manufacturing bones that are worth saving. It may take a few more years, but with the right model, restoration experts will likely enjoy a hefty return on their investment.