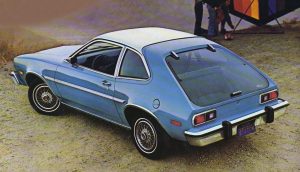 The 1970s was a time of Dark Ages for the American automakers and the buying public. The strike brought on by the United Auto Workers right from the onset paralyzed production, dropping 10 percent from just the previous year. Fuel economy regulations, strict emission standards, rising gas prices that led to rationing and a tepid economy did not help. Auto manufacturers rallied to produce cars that were more fuel efficient, more compact and friendlier to the environment. The result nearly brought down the industry on several levels, but it was cars themselves that garnered the most disgrace and blame. Behold some hideous examples of vehicles that should have never left the assembly line.

The Ford Pinto has to take top billing as one of the worst killers released on the market. The poorly designed and positioned gas tank exploded on impact, resulting in scores of deaths and maimings. Rear-end collisions resulted in the doors crumpling and jamming, trapping occupants inside and unable to extricate themselves from the resulting fire. The sister model Capri actually had an improved saddle tank, but it was not used or modified for the Pinto. Ford refused to redesign the problem, opting to settle the lawsuits for a decidedly cheaper way out. Substandard suspension and grotesque styling added to the negative reception. 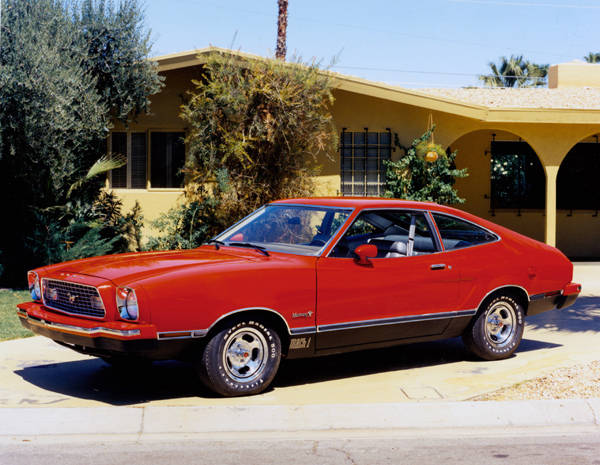 The Ford Mustang II, nothing like the original, pony car version that sold so well, was Ford’s answer to the oil crunch. Already a small compact, they cut the body dimensions down to make it smaller and shorter and installed a lethargic 88 horsepower four-cylinder engine that might have done a better job driving a hamster wheel. Ford’s high-performance engine produced 105 horsepower, not much more of an improvement. The extra tacked-on styling features gave it a gaudy appearance, crowding the vehicle instead of leaning it out. The trim colors clashed horribly with the body paint. Traditional Mustang owners were repelled and embarrassed by this new, reworked edition. 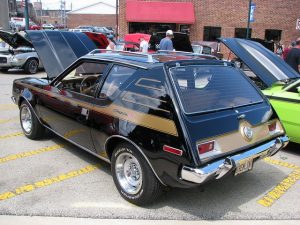 The AMC Gremlin was supposed to relay cuteness, offering whitewalls, mini hubcaps and the small icon of a gremlin on the front quarter panels. Stylistically, it was boxy and gave the appearance that the rear half of the vehicle had been chopped off with an ax. Designed as a small subcompact, it looked like it had been cloned with a station wagon but miscarried along the way, never achieving the full rear compartment capacity of a full-sized wagon. It came with a V-6 option-an underpowered one at that. The great irony was that the vehicle was released on April Fool’s Day. Carpeting came as an option. Talk about cutting corners! 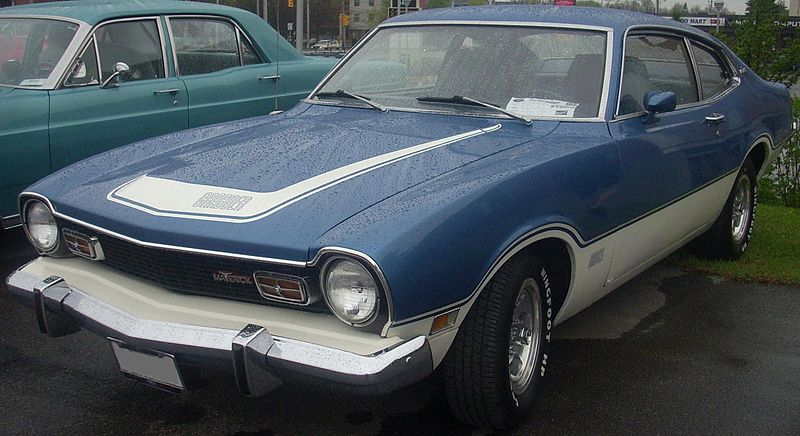 Ford had two-door and four-door versions of the Maverick. Mercury had its idea of the Maverick called the Comet. The Maverick suffered a tendency to rust prematurely under the quarter panels, joints and seams. Ford hadn’t quite mastered the proper refinements in the unit-body design, and the Maverick paid the ultimate price. It was underpowered by a straight inline six-cylinder. Many complaints were logged about its difficult handling characteristics. The vinyl roof really did nothing to enhance its looks. Surprisingly, many Mavericks were sold to a fuel-economy conscious public, and it was only until later that the owners would discover their car literally rusting to pieces and leaking from every seam. 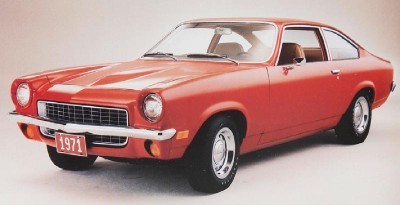 It was a running joke that the Chevy Vega started its rusting campaign on the showroom floor. Owners had to stand in line to complain about corrosion. It seemed like the car could literally fall apart before one’s eyes. One report stated that the vehicle broke in half while crossing railroad tracks. Other complaints included excessive oil burning, poor/cheap design and engine overheating.