STA-BIL 360 Marine: What You Need to Know

When you combine the harsh effects of marine climates with the harmful properties of ethanol-blended fuels, your boat is up a creek without a paddle. That spells trouble for two reasons. First, your boat’s performance suffers because it’s not adequately prepped. Second, you bought a vessel with an engine, so you shouldn’t even be worried about paddles, metaphorical or otherwise.

The answer? STA-BIL 360 Marine is engineered to ensure that your watersport engines keep running for the long haul. How? Well, that’s why you’ve landed on this page in the first place. Read on to educate yourself on the ins and outs of the product that is made by America’s most trusted fuel additive manufacturer. It’s a captain’s best friend, regardless of the size of your rig.

Over time, fuel tanks in watersport engines expose themselves to corrosion, and it’s no wonder why. These vessels traverse over lakes, rivers, or any other body of water, presenting the opportunity for moisture to seep in. You don’t have to be an expert chemist to know that putting water and metal in the same environment is a recipe for rust. STA-BIL 360 Marine is manufactured with this fact in mind because both of these elements will inevitably interact. The fuel additive addresses this problem by protecting gas receptacles from water and removing moisture from the area.

But that’s only the half of it.

As previously mentioned, STA-BIL 360 Marine is a liquid additive, so its primary function is treating fuel in maritime machines. Whether it’s a speed boat, pontoon boat, jet ski, or a larger vessel, STA-BIL 360 Marine keeps the fuel in the tank fresh for up to an entire year. This point is crucial because most gasoline you find today is blended with ethanol, which contains naturally attracts water. Using the additive is one way to ensure that the fuel in your tank will not spoil or cause damage to your boat. Instead, it keeps the fuel fresh, and it’s available in four different sizes to best suit your needs. 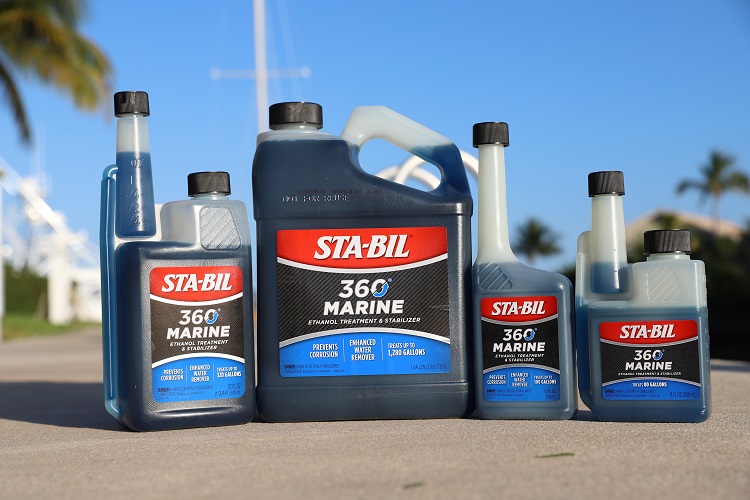 STA-BIL 360 Marine can be used every time you top off the tank in your boat. Just remember to pour the blue gold in prior to the gasoline to get the best results. Aside from this point, all you need to do is keep the correct additive-to-fuel ratio in mind. One ounce of STA-BIL 360 Marine treats 10 gallons of fuel, so that will give you a good idea when determining the bottle size you want to get. For example, the average jet ski has a 15-gallon fuel tank. You can treat the entire tank with 1.5 ounces of the additive. Using a little quick math, a 10-ounce bottle of STA-BIL 360 Marine will yield six total treatments before you need to restock. 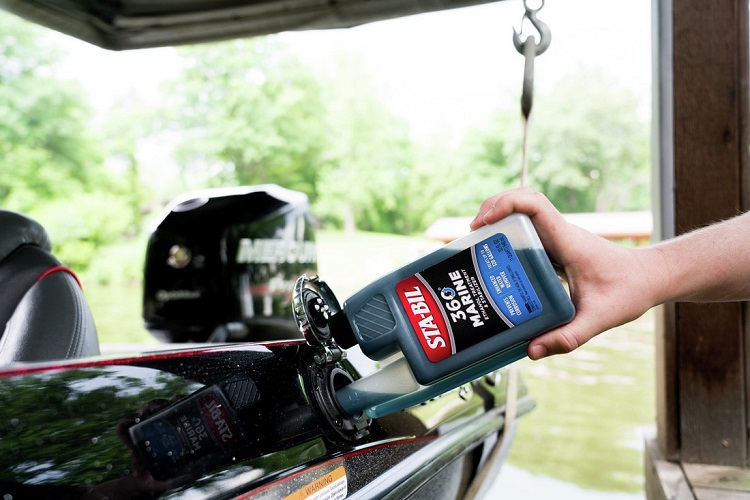 If you still feel a little lost at sea about the best ways you can incorporate STA-BIL 360 Marine into your routine, that’s quite alright. The following inquiries are shared between novice crewmen and seasoned skippers alike. Take a look to complete your marine fuel additive education before heading over to the product page by clicking the “Learn More” button beneath the italicized text.

Q: What happens if I add too much fuel additive to my tank? Will it harm the engine?
A: No. Overpouring will not cause significant damage to your fuel tank. However, it’s best practice to avoid making this a habit. Miscalculating by an ounce here or there, so long as it is not over four total ounces, is acceptable.

Q: If the color of the liquid in the bottle is no longer blue, is it still safe to use?
A: Yes. It is possible for the dye in the formula to fade, but it is still perfectly functional.