Is Restoring a Classic Car Bad for the Environment? 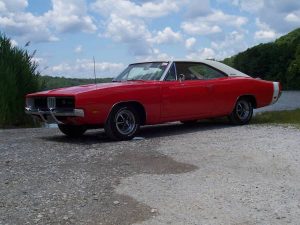 Is putting a classic car back on the road bad for the environment? Like many environmental questions, there are a lot of factors involved.

How Often is a Classic Car Driven?

Comparing a classic car against a modern car isn’t apples-to-apples because of how they are used. Most owners of classic cars only use their vehicles for going to car shows or the occasional drive, while they use a modern car for their day-to-day driving. Specialist insurance policies reflect this with most limiting yearly mileage to 2,500, while the average U.S. driver will travel about 13,500 miles per year.

It takes a lot of power just to build the vehicle. Between mining, manufacturing and shipping, the U.S. Department of Energy estimates that it takes 31,362 BTUs of energy per pound to produce a vehicle. That’s the equivalent equivalent of 1,000 gallons of gasoline to build a family car. The longer a car is kept running, the more this initial energy cost is spread out for a lower impact per mile. That makes driving a classic car a better option over scrapping it.

CO2 emissions directly correlate with the amount of fuel burned, which means a small car like a Mini or VW Beetle produces no more greenhouse gases than the average new car. Other pollutants are a different story.

There have been drastic improvements in emissions equipment since the first standards came into practice in 1973. For example, a new car can’t produce more than 0.2 grams of NOx per mile. 1989 model cars, the most recent vehicles considered “classic,” can produce a full gram per mile, while a car built in the mid-70s can produce three grams. Other pollutants like unburned hydrocarbons have seen major drops while formaldehyde wasn’t addressed until 1994.

Excluding new emissions standards like SULEV, a pre-regulation car will produce more pollution than a typical car each year despite the mileage difference, but a car built in the late 80s will only produce about half the non-CO2 pollution.

In real world use, an average classic car may not pollute as much as a modern car over the same period, and the total carbon emissions impact may actually be lower by spreading out the initial manufacturing emissions over a longer period. However, other emissions can be so high that a classic car driven only a few times per year can have the same effect as a daily driver.