How Do I Know if My STA-BIL Fuel Stabilizer is Still Good to Use? 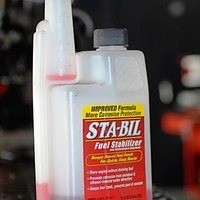 Understanding the basic process of how gasoline degrades can help explain the shelf life of STA-BIL® Fuel Stabilizer. Gasoline is made up of various chemicals and when these components are exposed to oxygen, oxidation begins. Simply stated, oxidation is what occurs between oxygen and gasoline when they come into contact with one another.  The resulting oxidation reaction creates gum and varnish that will cause engine starting and run-ability problems.

STA-BIL® Fuel Stabilizer provides a sacrificial molecule to the oxidation process allowing oxygen to attack this STA-BIL® molecule and not oxidize gasoline.

The properties of STA-BIL® formula that allow it to do this are not resistant to the effects of oxygen themselves. At some point, the components of STA-BIL® will begin to oxidize as well, and the resulting changes diminish its capability to continue providing effective protection to stabilized gasoline.

These reasons can explain why an opened, but tightly capped, bottle of STA-BIL®Fuel Stabilizer is effective for about two years.The oxygen molecules immediately initiate oxidation as soon as the bottle is opened.  You should only be using the most effective products for the best classic cars.

The effectiveness of older, opened bottles of STA-BIL® can also be determined by a color examination due to the dye included in the formulation. As the dye ages, it gets darker. An older variation of this dye may also crystallize as it ages and form flakes in the bottle. These flakes are actually a result of oxidation and the stabilizer will no longer be able to offer the protection to gasoline that a newer bottle will.

An unopened bottle of STA-BIL® Fuel Stabilizer will remain viable on the shelf for approximately two years because its exposure to oxygen has been limited in a factory sealed container when it is kept in a cool, dry place. Although oxygen can still permeate the bottle, it does so at a much slower rate than if the bottle were opened. However, please note that excessive heat can speed up the oxidation process.

Extended storage of unopened STA-BIL® bottles is not recommended.  Make sure you purchase bottle sizes that can be used within two (2) years of purchase.

If you are still unsure of the date of expiration for a bottle of STA-BIL® Fuel Stabilizer, the stamped production code on the bottle can tell you when the bottle was produced. The first five digits of the number indicate YYDDD, with YY indicating the last two digits of the year of production and DDD representing the number of the day of that year of production. For example, a production code of 12272-73995-10:30 indicates the bottle was produced on September 28, 2012.  September 28th was the 272nd day in the year 2012. (Julian Day calendar)

Older Bottles made in early 2011 and before used a different coding system where the first letter represented month alphanumerically, the following two digits represented the day of the month and the fourth number represented the year.  Months were in order of A= January, B=February, C=March, etc.  So, C169 meant March 16, 2009.  C is March, 16 is the day in March and 9 is the year, in this case 2009. 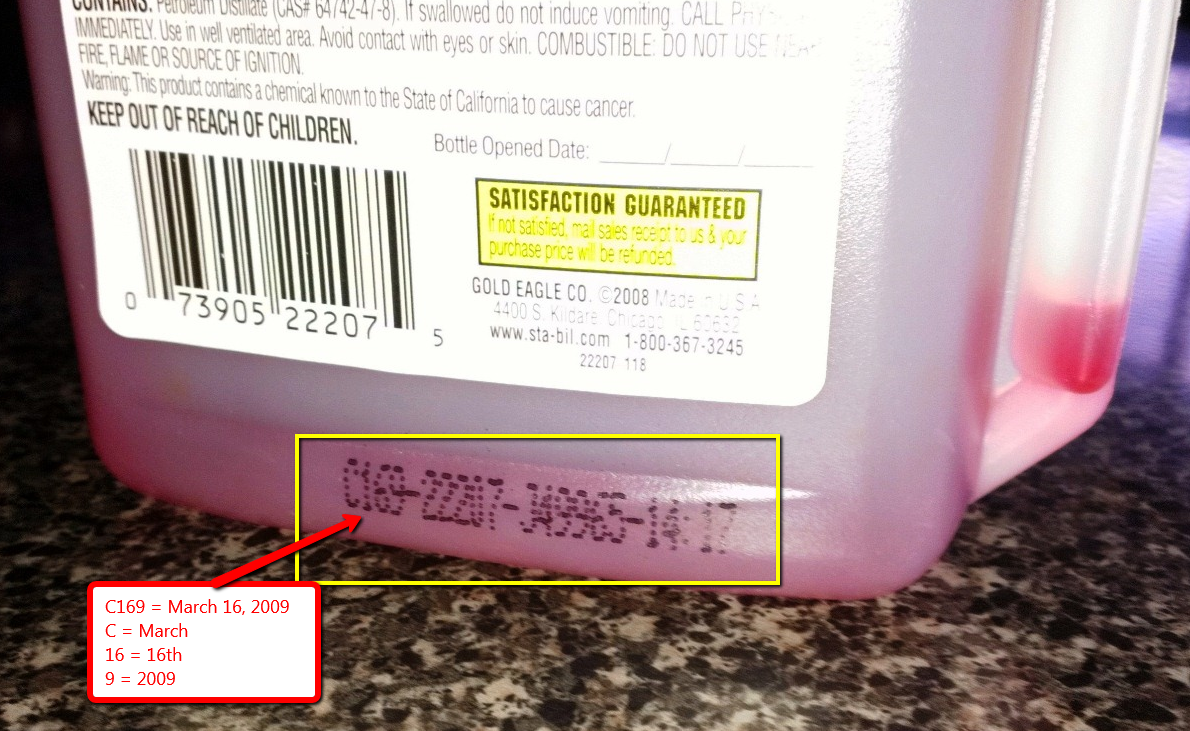 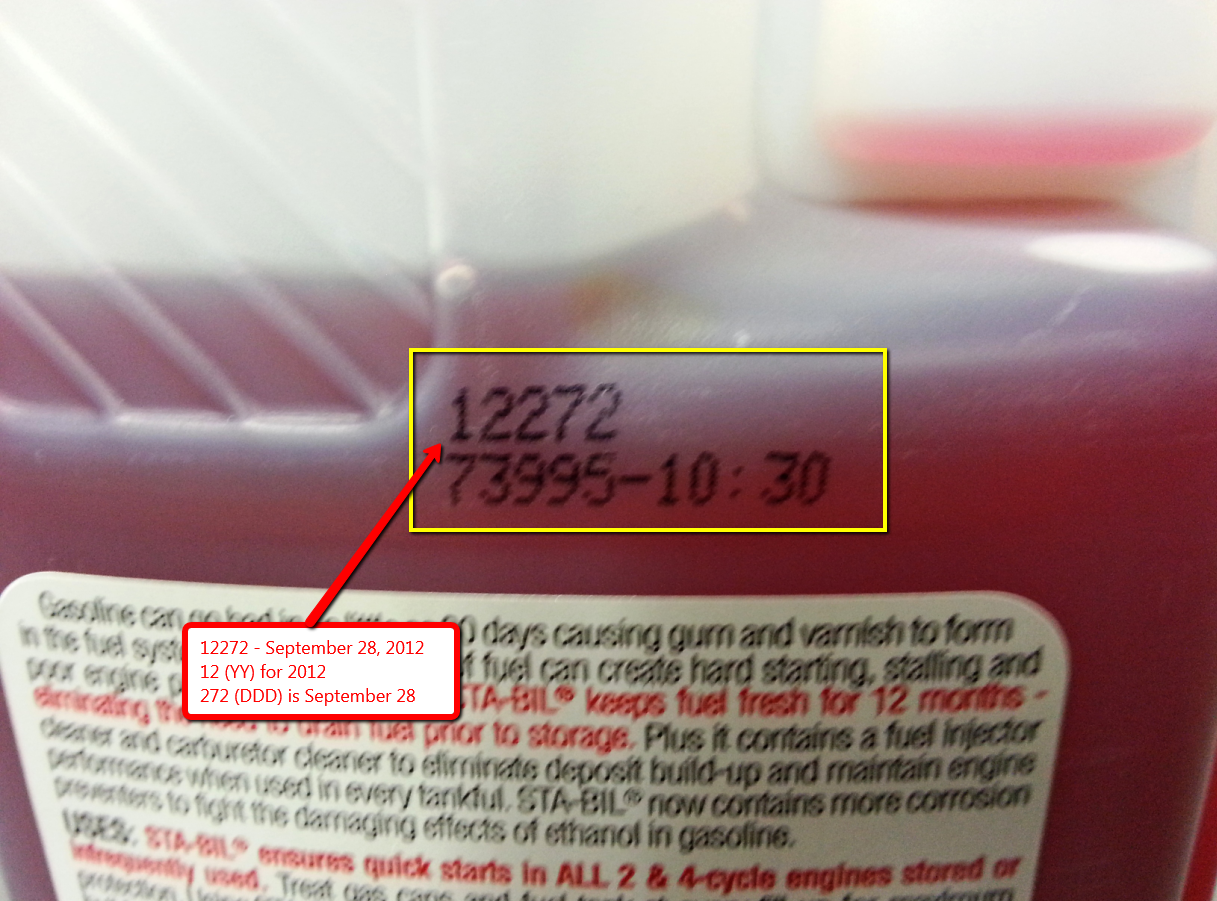 On the shelf or in the tank, you can depend on STA-BIL®to perform at its optimally performance, especially for your best classic cars. For more information on how STA-BIL® works to stabilize gas, check out debunking five myths about STA-BIL® and a professional view of draining equipment before storage.