We’re back with our regular Wednesday feature, Hollywood Classic Cars. Recently we featured cars like the 1966 Thunderbird from the movie “Thelma and Louise” and “The Blues Brothers” Bluesmobile. Today we feature the 1975 Ford Gran Torino from the TV Show “Starsky and Hutch”.

“Starsky and Hutch,” a show about plain-clothes investigators working in California, was a massive hit, running in prime time from 1975 to 1979 and spawning a movie 25 years after the show’s cancellation. Although memorable for its chase scenes and bromance, the breakout star is the cops’ custom-painted Ford Gran Torino. 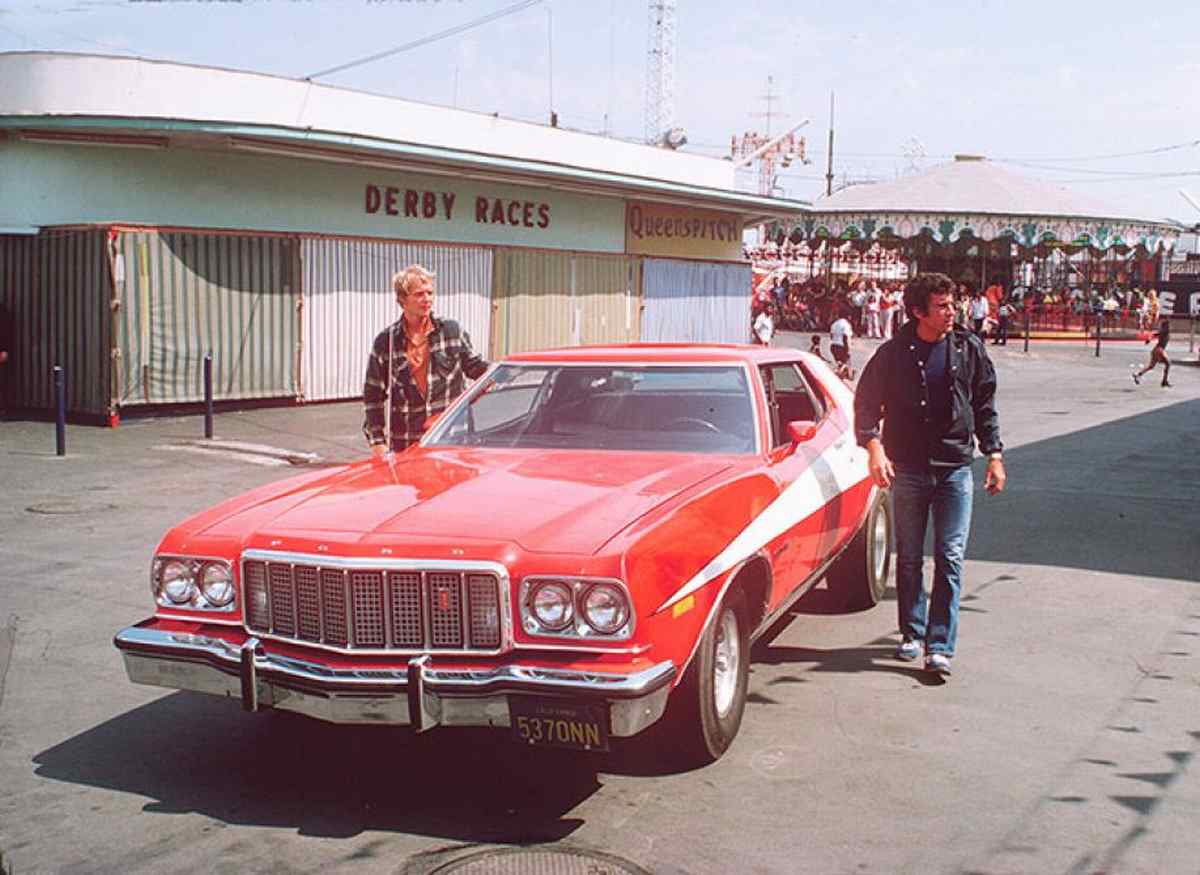 Creator William Blinn originally wanted a green and white Camaro, but Ford’s studio car loan program made using stock Gran Torinos much cheaper. An air suspension and five-slot mag wheels with wider tires were added to handle stunt driving, but it was the paint job, a bright red with white “Vector” stripes designed by transportation coordinator George Grenier, that made the car stand out. Paul Michael Glaser (Starsky) hated the paint scheme, nicknaming it “the striped tomato.”

Models from 1974 to 1976 were used on the show. They had 351, 400 and 460 cubic-inch engines and a variety of options. Stunt cars had custom rear ends with lower gear ratios for quicker acceleration.

The popularity of the car sparked a fad for replica paint jobs. Even Ford got into the act, making a limited run of 1,100 vehicles in 1976. Since the show cars were mostly stock, it can be difficult to verify provenance: the only proof a car recently sold by Leake Auctions in Tulsa was used on the show was a plaque reading “20th Century Fox Film Studios” and a visor signed by the show’s stars. 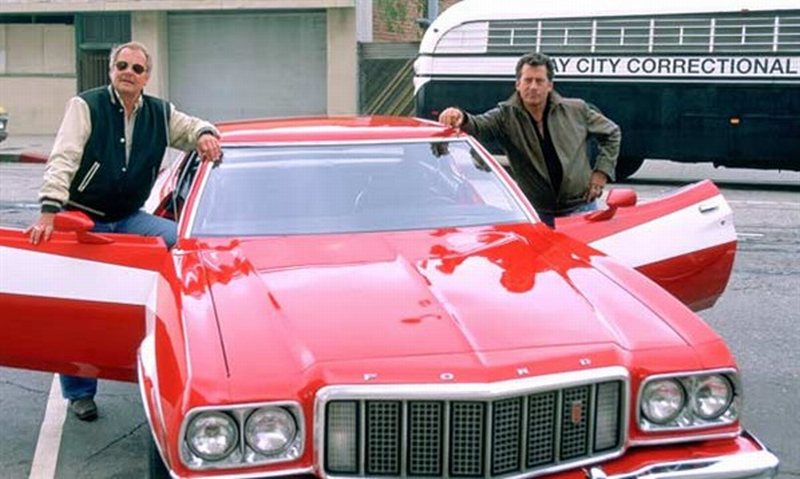 For the 2004 remake starring Ben Stiller and Owen Wilson, the car made its return. It was updated to handle the more intensive driving scenes. With the original cars unavailable, Mike Walsh’s Premiere Studio Rentals built a total of nine cars including two “hero” cars driven by the actors, basing the design on an original Ford-produced replica and footage from the TV show.

As with its predecessors, more power was needed for stunt driving. The stock engines were replaced with 360 cubic-inch Windsor V8s tuned to produce 435 horsepower. The alloy wheels are shod with modern BFGoodrich Radial T/As. These cars can do 0-60 mph in 5.6 seconds and have a quarter mile time of 14.1 seconds. One of the hero cars was sold at auction for $50,000, $10,000 more than Leake’s TV car.