Fifteen of The Fastest Muscle Cars on Earth

An appreciation for fast muscle cars has created a specialized niche for collectors. The classic “muscle car” consists of a sports coupe made in the United States with two doors and a “super-sized” engine enabling high performance driving. These vintage vehicles appeared between the 1940s and the 1970s. Many possessed V-8 engines. If you’ve developed an interest in the fastest muscle car in the world, you’ll appreciate this list of 15 truly extraordinary vehicles: 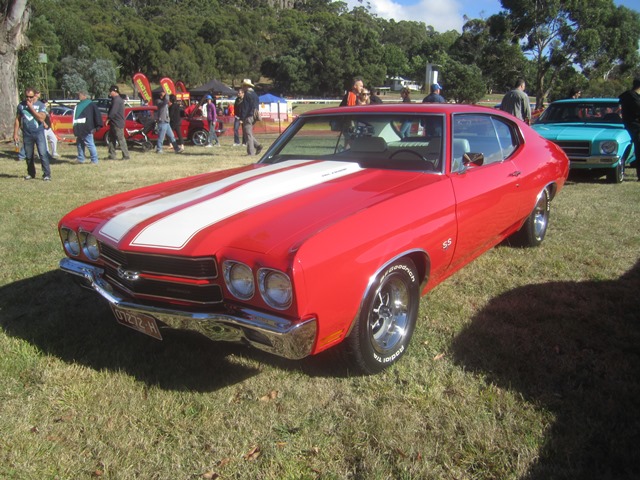 From Sicnag via Wikimedia Commons

With a standard 360-horsepower engine, the 1970 Chevelle SS454 also came in a sporty RPO Z15 450-horsepower variety that benefited from a powerful V-8 engine. This massive muscle car included “stereo stripes” in black running down the center of the front hood. Its finely-sculpted configuration promoted greater speed and boasted an instrument panel with flat gauges modeled along the lines of racing cars. One of these specially equipped fast vehicles reportedly could accelerate from zero to 60 miles per hour in a mere 6.1 seconds.

2. The 1968 Corvette
Chevrolet redesigned the Corvette in 1968. One version of the new vehicle intended for racing possessed a 430 hp L88 engine. It featured a novel air induction system and a contoured, aerodynamic design. 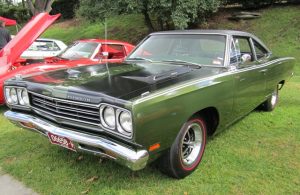 From Sicnag via Wikimedia Commons

Of the more than 2,000 1969 Plymouth Road Runners convertibles, only 10 possessed a powerful V-8 racing engine. During the middle of the year, Plymouth added an option for a 390 horsepower 440 engine for the Road Runner, which received the honor of becoming Motor Trend’s 1969 “Car of the Year”.

4. The 1966 Shelby AC Cobra 427 “Super Snake”
Manufactured in both the United States and the UK, the Shelby Cobra uses a V-8 engine produced by Ford. Only 23 cars from this particular model existed as “competition roadsters” racing on European and U.S. racetracks. These racing vehicles displayed high performance but required skilled drivers. The 427 Cobra commanded 425 horsepower and has achieved recognition as one of the fastest muscle cars. 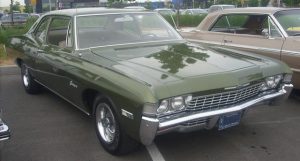 From Bull-Doser via Wikimedia Commons

The L72 sometimes participated in drag racing. With a 425 horsepower engine, it offered a lot of power despite its “big block” conformation and bulky contours. The vehicle boasted a 4-speed transmission.

6. The 1971 Corvette Stingray Coupe
One racing version of the 1971 Corvette offered an LS6 engine and a vehicle with 425 horsepower. The manufacturer produced few of these expensive vehicles.

9. The 1970 Hemi Cuda
This rare vehicle remains one of the fastest muscle cars in the early 1970s. With automatic transmission and a 425 hp capability, the Hemi Cuda relied upon a powerful 426 Hemi V-8 engine.

10. The 1969 Corvette Coupe
This model became the last one to offer the L88 engine. A special ZL1 option existed in racing car models, making this vehicle one of the fastest muscle cars with a total horsepower of 430.

11. The 1966 Corvette L72 427
This early version of a racing Corvette commanded 425 horsepower. Described as a big block car, it could accelerate rapidly. 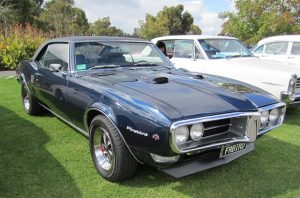 From Signag via Wikimedia Commons

Produced between 1967 and 1968, the Pontiac Firebird 400 offered a V-8 engine, a Dearborn three-speed transmission and staggered shock absorbers.

14. The 1969 Dodge Charger 500
This rare vehicle included about 15 cars with both four-speed transmission and a 426 Hemi V-8 engine. Dodge commissioned the construction of these muscle cars for participation in professional racing.

Muscle Cars Built For Speed
Collecting the fastest muscle car in the world remains a very popular (yet supremely challenging) niche. Some vigorous public debates occur between automotive experts about the maximum speeds achieved by different models. Since some versions of fast muscle cars no longer exist in their original form, the topic will likely continue to inspire friendly controversy long into the future!