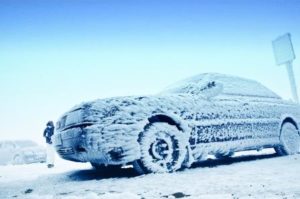 There are a lot of problems that your vehicle can develop while battling the bitter cold of winter. Since there are numerous problems associated with cold temperatures and ice, it’s important to understand how to diagnose and remedy them. Developing a frozen gas line takes some very chilly weather, time and usually a bit too much air in the system. There are numerous symptoms specific to frozen gas lines, and the problem can be treated quickly once it has been diagnosed.

Engine Turns Over Without Starting

In some situations, the engine may be able to turn over, but the car simply won’t start. This usually means that the fuel lines are only partially frozen. They’re allowing enough fuel through the lines to get the engine turned over, but not enough to actually start the vehicle.

Stopping or Stalling After Running 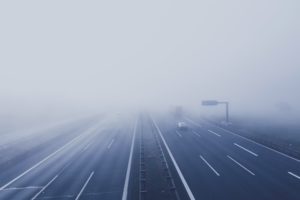 If the lines can’t get warm enough to get rid of the icy buildup due to severely cold weather, or too much air in the lines, the lack of gas could cause the car to stop or stall. This is one of the most dangerous frozen gas line symptoms as suddenly stopping or stalling in the middle of the road can be a huge road hazard, especially in the slick conditions of winter. This might be prevented by taking the time to let the engine warm up as much as possible before heading off onto the road, but it could be unavoidable in some circumstances.

How to Treat Frozen Gas Lines

One of the most effective methods of treating a frozen gas line in car terms is to bring it into a warm location such as a garage and letting the entire car warm up for an hour or two. If you don’t have a garage or any other warm location to put the car, try covering the engine over the hood with a blanket and hanging a drop light on the hood for a while. The heat from the light should help warm up the engine and the fuel lines. Even getting the lines to thaw a little bit will help move fuel through the system.

Once you’re able to get it started, keep the car running for a while. If you experience sputtering, try revving the engine a couple of times. It’s best to avoid taking the car out if the engine is sputtering as this could be a precursor to sudden stalling.

If all else fails or you’re pressed for time, you can try some fuel additives that are designed to thaw fuel lines. These additives are sold at most automotive stores, and they can get your fuel lines thawed in about 20 minutes to a half hour.

In order to prevent your fuel lines from freezing in the future, keep the gas tank as full as possible at all times. The excess air in the tank and the lines make for easy freezing, and keeping the tank full will help keep as much air out as possible.

Make sure your battery is always charged. If your battery is nearly dead, it won’t have the power to work the gas through partially frozen lines. The more power you have to pump the fuel through the system, the better your chances are at getting the car running and keeping it that way.