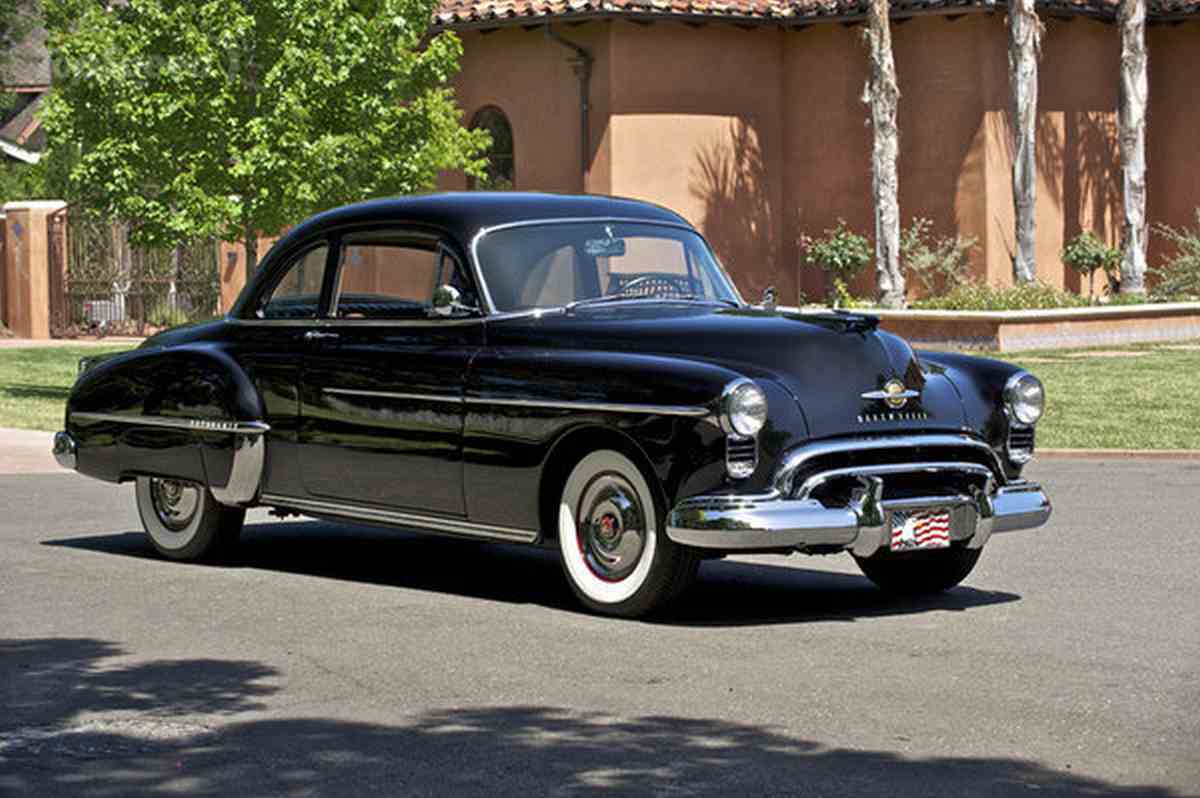 While cars like the GTO and Mustang may come to mind as the beginning of the muscle car era, the segment’s roots can be traced back to 1949 when Oldsmobile created a formula that would be copied repeatedly. This formula was to put a big engine in a small car, and offer this car to the public at an affordable price. Although it didn’t have the brash personality the segment became known for, its performance inspired one of the first Rock ‘N Roll songs, Jackie Brenston and his Delta Cats’ “Rocket 88.”

GM engineer Charles Kettering invented several major automotive innovations including the first electric starter and leaded gasoline. It took over twenty years for his project to come to fruition. Kettering wanted to create an engine design that had the high compression ratios and free-flowing combustion chamber of an overhead cam design with the low cost and reliability of contemporary flathead engines. His solution paired a block-mounted cam, like a flathead, with top-mounted valves like an OHC head that were operated by a series of pushrods, creating what we now call an “overhead valve” engine. GM eventually gave Kettering’s engine the name “Rocket.”

The Rocket engine first saw use in the 1948 Oldsmobile 98 flagship model. Displacing 303 cubic inches (4.9 liters,) it produced 135 horsepower and 263 lb-ft. of torque, 20 percent more than the outgoing flathead straight-8, although it may have been underrated to protect Cadillac’s reputation in GM’s hierarchy.

The following year, the engine made its way to the smaller 76. Weighing 350 lbs. less than the 98 model, the 76 was unremarkable on its own, but as the V8-equipped “Rocket 88,” it became a serious performer. The ’49 model had a top speed of 97 mph and a 0-60 mph time of 13 seconds, giving it sports car performance in a straight line with all the usability of a family car. Couple this with modern post-war styling and a price within reach of most consumers, and it’s easy to see why it became the brand’s best-selling model.

It would be several more years before competitors caught up to the Rocket 88 with their own OHV designs, letting the Olds dominate in the showrooms and on the track. In NASCAR’s first season, the car won 5 of the 8 Grand Nationals races.