2013 War Eagle Chopper – A Rare and Highly Sought After Motorcycle 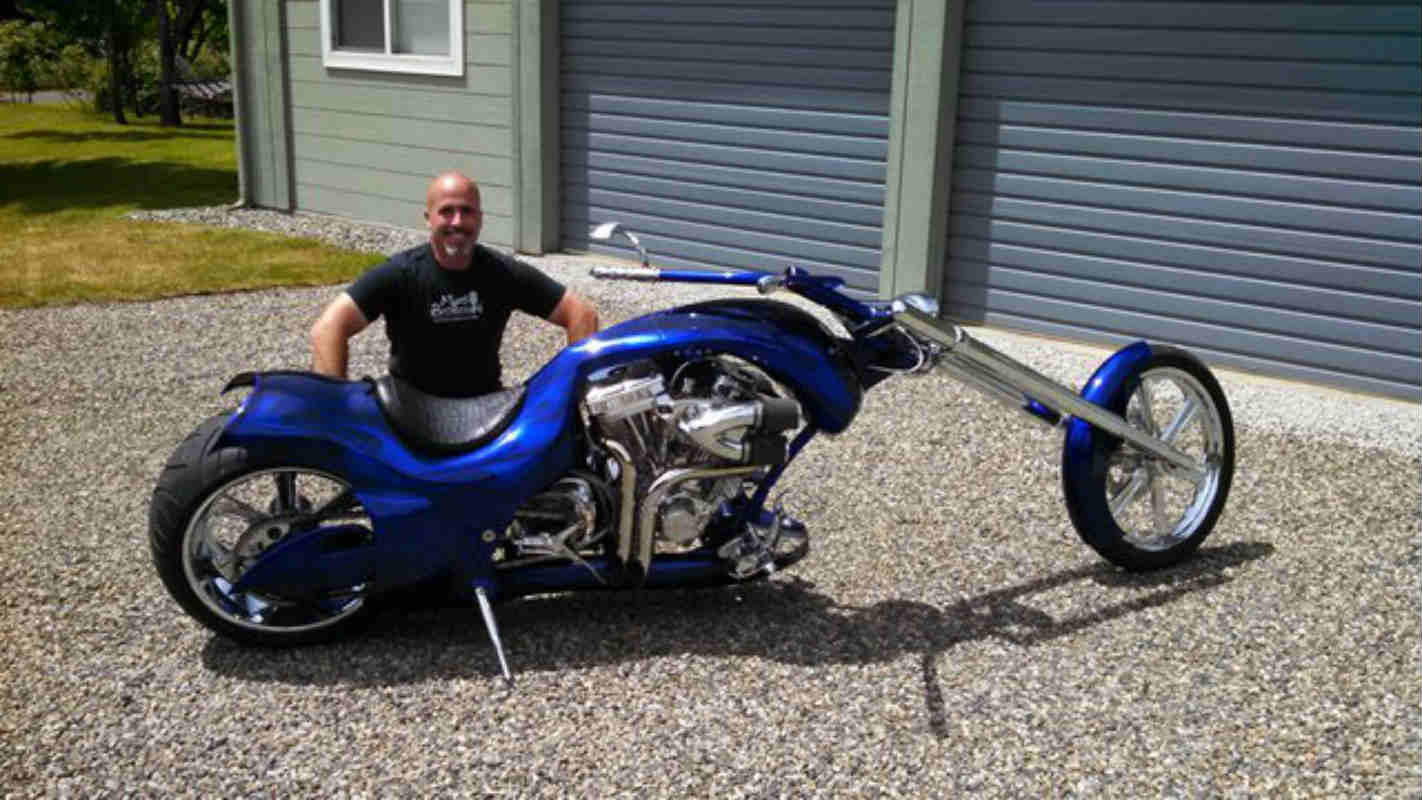 In our final installment this week of July 2016’s Ride of the Month we feature the 2013 War Eagle Chopper presented by nominee Dave Schneider. Here is some general information about the vehicle.

With only one or two 2013 War Eagle choppers in circulation, bikers interested in this rare American beauty should learn about its unique origin.

American audiences were introduced to choppers in 1969, when Peter Fonda and Dennis Hopper rode across the silver screen in the classic film Easy Rider. Chopper culture developed in Southern California during the 1960s in the wake of the hot rod and drag racing movement. For the most part, choppers are heavily modified Harley-Davidson motorcycles defined by their hand-built frames. War Eagle chopper frames are both legendary and rare due to the sketchy history of their original manufacturer.

War Eagle frames were originally manufactured in Southwest Florida by an expert machinist who sometimes put together an entire chopper from scratch. When these frames arrived on the scene, chopper lovers were enthralled with their looks but disappointed with customer service. Unfortunately, the outlaw aspect of chopper culture had a negative impact on War Eagle as a business operation, and by 2010, the company had virtually disappeared amidst a sea of complaints.

War Eagle choppers have continued to be built by hand by enthusiasts who appreciate the original frames made in Florida. Only a couple of them were produced in 2013; one of them is powered by a V113 S&S performance engine commonly found on Harley-Davidson Evolution motorcycles from 1984 to 1999. This power plant has a displacement of 113″ and a nice compression ratio of 10.1:1. With a length of 11′ 9″, this War Eagle boasts an open, single-sided rear wheel frame that can support a size 300 tire. This particular War Eagle was built in Kentucky, and its attractive, electric blue paint job features skull designs.

An Uncertain Future for War Eagle

With no signs of coming back on the frame manufacturing scene, existing War Eagle choppers are destined to become exotics that will be pursued by collectors. The existing frames are reportedly very durable despite minor flaws that can be adjusted or fixed by means of welding; for this reason, chopper enthusiasts should only expect less than a handful of War Eagles developed before the end of the decade.

Given their interesting backstory and their great aesthetics, War Eagle chopper will likely become highly sought after in the next few years.

Please follow this link to see a list of all cars nominated for June’s Ride of the Month and to cast your vote.