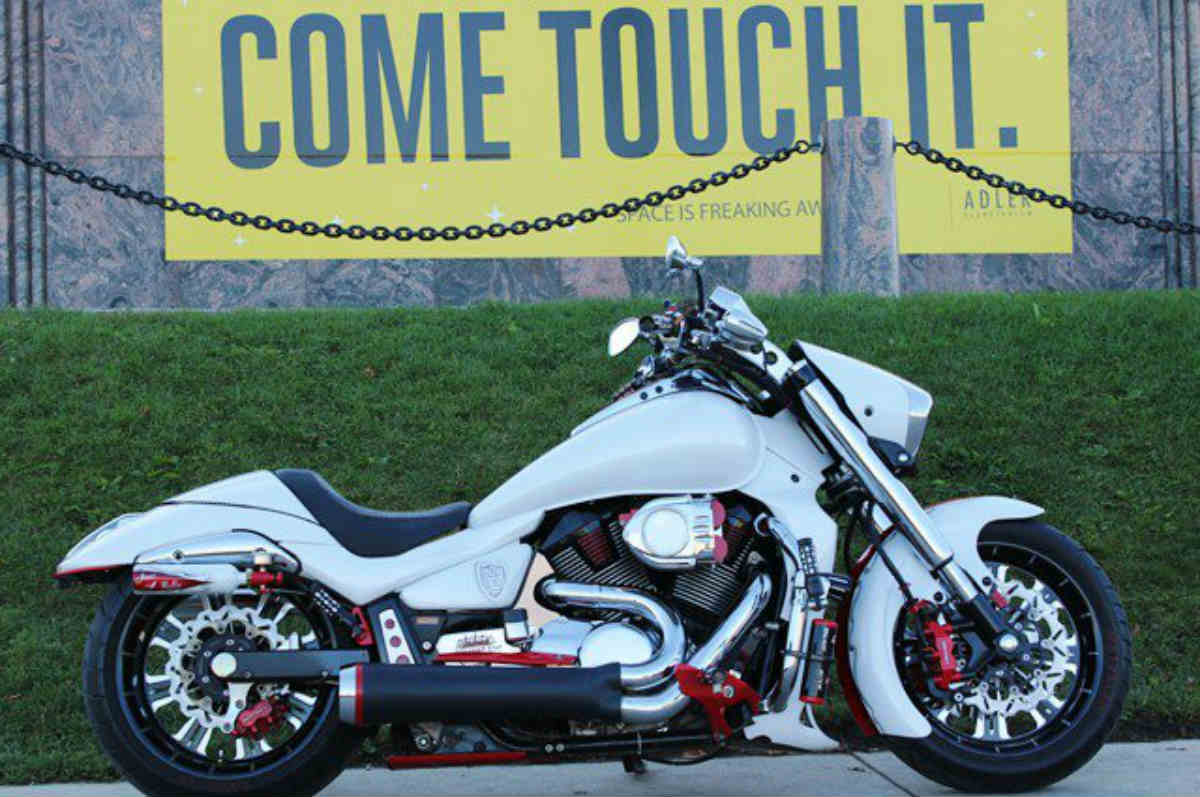 In our final installment this week of November’s 2016’s Ride of the Month nominations, we feature the 2007 Suzuki Boulevard M109R presented by nominee Mark Rowe. Here is some general information about the motorcycle.

Sometimes, it really is possible to have the best of both worlds. That’s the enduring impression to take away from the big, burly 2007 Suzuki Boulevard M109R, which aspires to the lofty goal of combining the luxurious and distinctive cruiser style with the raw, unbridled performance of a sport bike. Despite a few imperfections, it’s a goal that Suzuki managed to pull off surprisingly well. The result is a hulking hybrid that truly offers something for nearly every rider to enjoy.

With a 1,783cc monstrosity of a twin-cam engine that Suzuki claims to be the most powerful cruiser V-twin on the market, the 2007 Suzuki Boulevard M109R undoubtedly has power to spare. The giant engine and its beefy 4.4-inch pistons generate an estimated 127 horsepower and 118 pound-feet of torque, motivating a 700-pound frame that’s deceptively light considering its bulky appearance. To manage that power, Suzuki has outfitted the Boulevard M109R with its usual combination of a very solid-feeling chassis, excellent stability at any speed and a seat that remains comfortable even after an extended cruising session.

Big is Beautiful for the 2007 Suzuki Boulevard M109R

The 2007 Boulevard M109R is a study in contrasts. Its muscular, almost overstuffed chassis and prominent exhaust pipes are accented by an elegant, voluptuously curved body and subtle design cues that would be perfectly at home on an aggressive sport bike. Despite its impressive girth, an extended frame and smoothly flowing body lines lend it an almost svelte appearance that works very well with any of the available black, white and red paint schemes. There’s also no shortage of eye-catching brightwork, and added touches like the polished chrome headlight housing on the bike’s nose provide an extra bit of character.

Japanese bike makers have tried for decades to blend the disparate elements of sport bike power, classic American cruiser aesthetics and touring comfort and stability. The results have been less than impressive over the years, but the 2007 Suzuki Boulevard M109R is definitive proof that it can be done. Its success undoubtedly contributed to the rise of the metric cruiser, and the model line continues to enjoy success even a decade after its inception.

Please follow this link to see a list of all cars nominated for November’s Ride of the Month and to cast your vote.