20 Thoughts On The Importance Of Preserving Public Lands 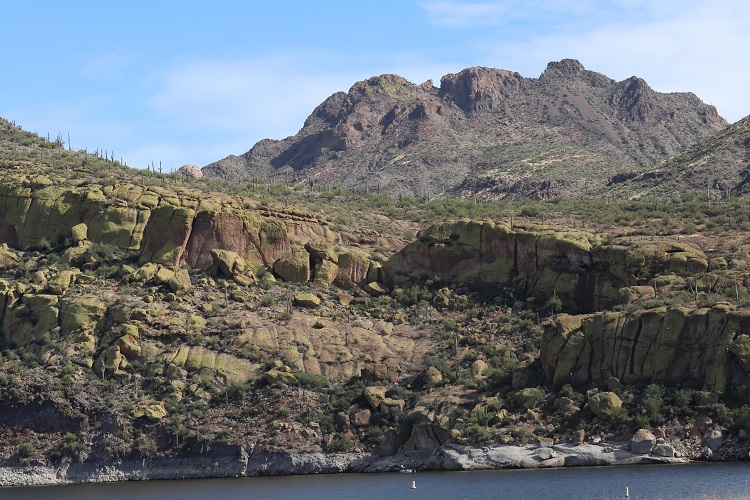 Trash is threatening the environment and limiting access to America’s public lands. From overflowing garbage bins in our national parks to intentional dumpsites scattered throughout the desert, it is clear that we have a real trash problem.

We opened our eyes to the severity of the issue when we shot our first documentary, “From the Ground Up: Keeping the Desert Clean.” The nearly 50-minute story follows a group of people who collect and dispose of garbage throughout the Arizona desert.

So why do they do it and why did we shoot it?

These volunteers are off-roaders and overlanders who like to work with their hands, go fast, and take the road less traveled. You know, our type of people.

The Keep Our Desert Clean crew is naturally motivated to do this work because the closing down of off-roading and hiking trails is due in part to over-littering. So before any more trails either temporarily or permanently close, we saw an opportunity to tell their story in an effort to protect and preserve what they love most – the wilderness and the ability to go off-roading.

Now that we’ve got the film in the can, we’re highlighting the following 20 quotes from the documentary with the hope that you, our valued reader, can help us make a positive change.

After all, every small action helps to correct the trash problem and keep our public lands open so we are free to enjoy them, a notion we take seriously as an American-made manufacturer. 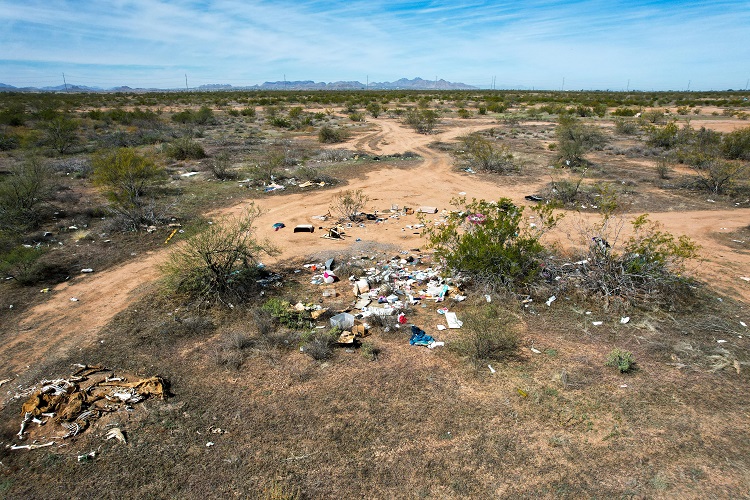 If this trash keeps growing, the community itself, our freedoms are going to be shrinking very fast.”
–Dylan Miller, Keep Our Desert Clean (KODC) President

I could take you out and just show you how close it [illegal dumpsites] is to home. How much there is of it. And it wouldn’t take a rocket scientist to figure it out that there’s just such a lack of effort. I don’t know how else to put it.”
–Danny Alexander, KODC Volunteer

The older I get the less and less free open space there is. Everything just keeps getting gated off or closed off. It’s a non-stop battle because unfortunately people don’t know how to pick up after themselves.”
–Dillon Brugueras, KODC Volunteer

A lot of people are kind of trapped inside, in their own little worlds. They don’t even realize what’s happening out in the wilderness around our homes that all this trash and everything is getting dumped out there and nothing’s happening about it.”
–Austin Miller, Dylan’s Brother & KODC Volunteer 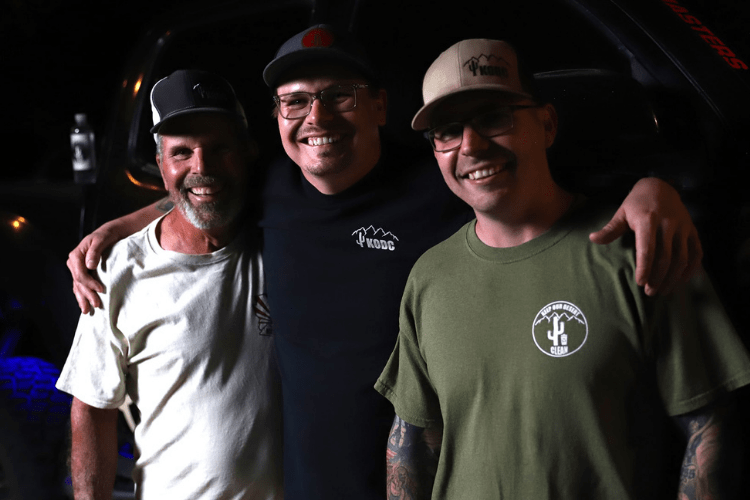 The Miller family from left to right: Lonnie, Austin, & Dylan

It’s sad how bad the garbage is out there. You don’t realize it until you really go out there and go camping and you just say ‘Well, where can I put my tent?’ There’s just bottles and cans and stuff all around.”
–Lonnie Miller, Dylan’s Father & KODC Volunteer

There is so much randomness. There’s glass bottles, there’s nails, there’s shoot, we found a jet-ski and a couple people found refrigerators.”
–Ryan Sullivan, KODC Volunteer 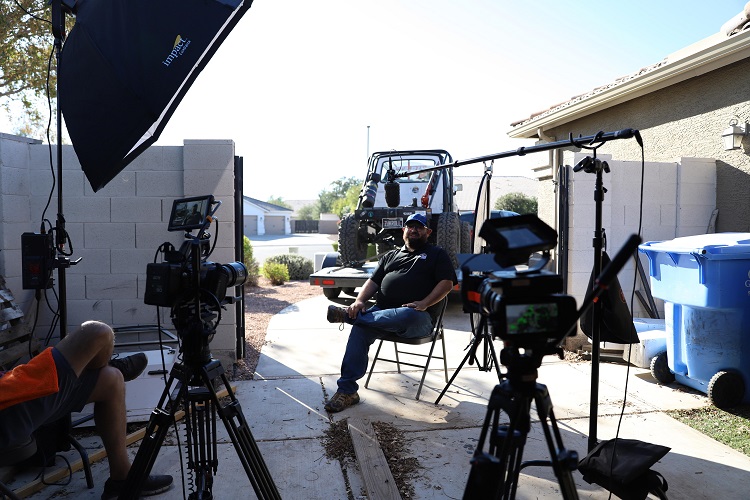 Ted Horowitz sitting down with the Gold Eagle Co. production team for an interview

The bottom line is the way you act and the way you behave is a reflection of yourself. If you’re out there and you’re dumping trash and you’re not picking it up, it really shows the person that you are and the kind of human being that you teach your family to be. We see all the time, families out there, little kids, they’re just throwing crap on the ground and they leave.”
–Ted Horowitz, KODC Vice President

I’ve been cleaning up enough of people’s trash out in the wilderness for a while where you do notice patterns to it. You do come across the trash where it’s like ‘that was an accident.’ You see it kind of more on the rivers and lakes. You’re on boats, you lose stuff, you lose your flip flop… Stuff happens, you get it. Then obviously you have the straight dump sites where you’re seeing just full blown someone literally just emptied out their truck full of trash out in the desert. So there’s the obvious differences.”
–Dylan Miller

Everyone just needs to take that second thought on what they’re doing. Your mom’s not out there picking up after you.”
–Austin Miller

When you go out to Bartlett Flats and there’s just trash everywhere. It’s not as nice to be there. We saw just weird stuff. Rugs, teddy bears, shoes stuff like that. And that’s nothing like compared to… We’ll go out and clean-up campsites and there will be people’s toilet buckets they just leave there full, bags, cans, totally non-biodegradable stuff that will never go away if someone doesn’t pick it up. And it ruins it for us that just be out there and enjoy nature.”
–Ted Horowitz 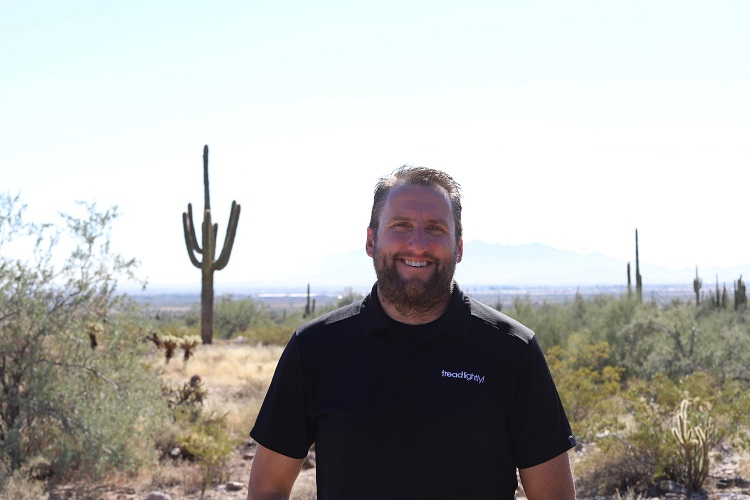 Yes, some people on the East Coast might not have a ton of public land that they can go do a clean-up project on like we’re going to do with KODC, but there’s different ways they can get involved. Maybe they become a member of an organization like Tread Lightly! that helps support funding for these projects that are done in different areas.”
–Matt Caldwell, Executive Director of Tread Lightly!

Where We Go From Here

Is there a one-size-fits-all solution? No there’s not. It’s just awareness. It’s awareness and understanding.”
–Chris Jurden, KODC Volunteer

I mean, trash is everywhere. (Laughs) It doesn’t have to be in the desert. It’s one of those things, this is just Keep Our Desert Clean, but it’s a ‘Keep Our Earth Clean’ type of thing. We shouldn’t have to preach it, but we have to preach it because people are slobs. There is trash everywhere.”
–Danny Alexander 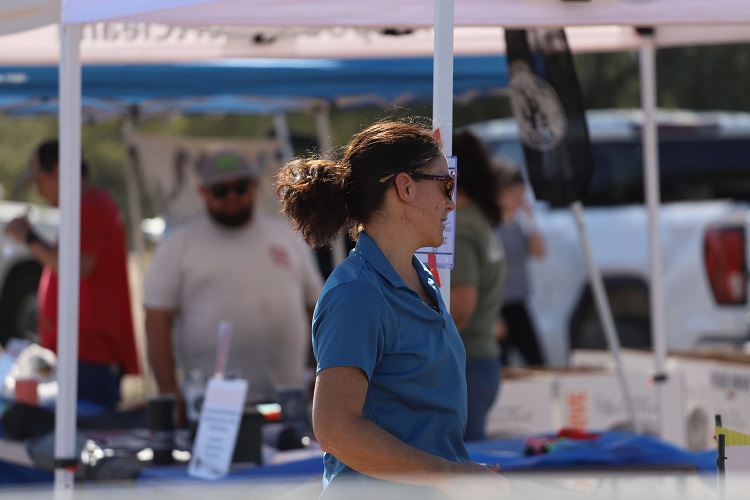 Micro-changes are going to make macro-changes and that’s what we really need to keep these areas clean and maintained and just to keep that access open for future users.”
–Amy Burnett, Program Manager at Arizona Game and Fish Department

Well I picked up probably a 10-or-15 dollar little broom magnet at Home Depot, you can go to Ace Hardware, you can go to Harbor Freight has a really good one. Dylan has a rolling one, it’s pretty cool. You roll over a whole huge area and it will pick up every single nail or steel casing, or anything like that and you just go ‘Chu-chunk’ and it just drops in front of you and you sweep it up and put it in a bucket or trash bag or whatever.”
–Ryan Sullivan

We had the Sak-It trail trash bags and we’ve got the trash-a-roos, like tailgate and tire trash bags. And we pick-up. I filled up two of those Sak-Its worth just while we were out there yesterday and that was while we were in a time crunch.”
–Ted Horowitz

It’s one thing to have all these wildlife areas and protect them and conserve them. But it’s another to be able to manage them. We can’t do it by ourselves.”
–Amy Burnett 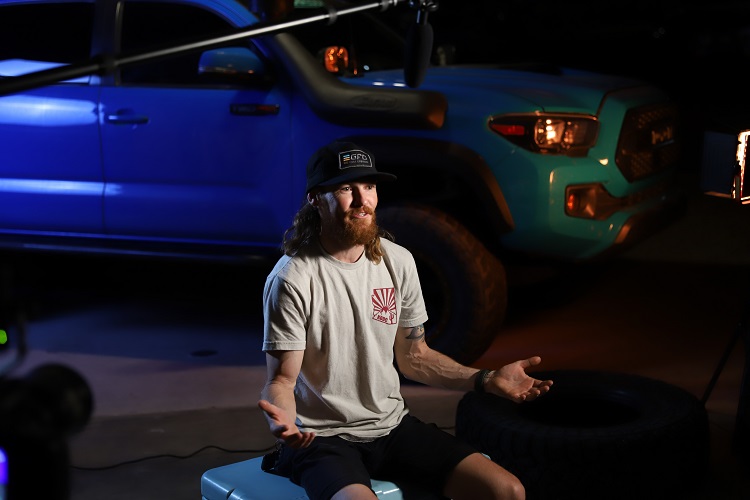 Starting out, you don’t want to be bending over, picking up trash, and putting it in a bag. So, if you got that inclination of, ‘Hey, I’m going out there and pick up some trash’ and if you start doing it and you’re like, ‘Well this sucks. This sucks!’ So spare yourself a little bit. Save your back, and get some, you know the little picker-uppers.”
–Danny Alexander 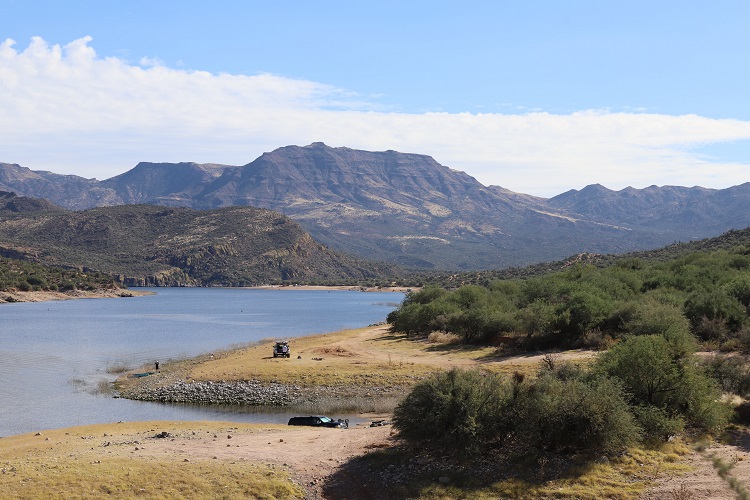 Now that you’re feeling inspired, don’t miss “From the Ground Up: Keeping the Desert Clean” Presented by STA-BIL® & 303®. Watch the documentary now for free on YouTube!