1975 Cadillac Eldorado Convertible Was Above the Fray 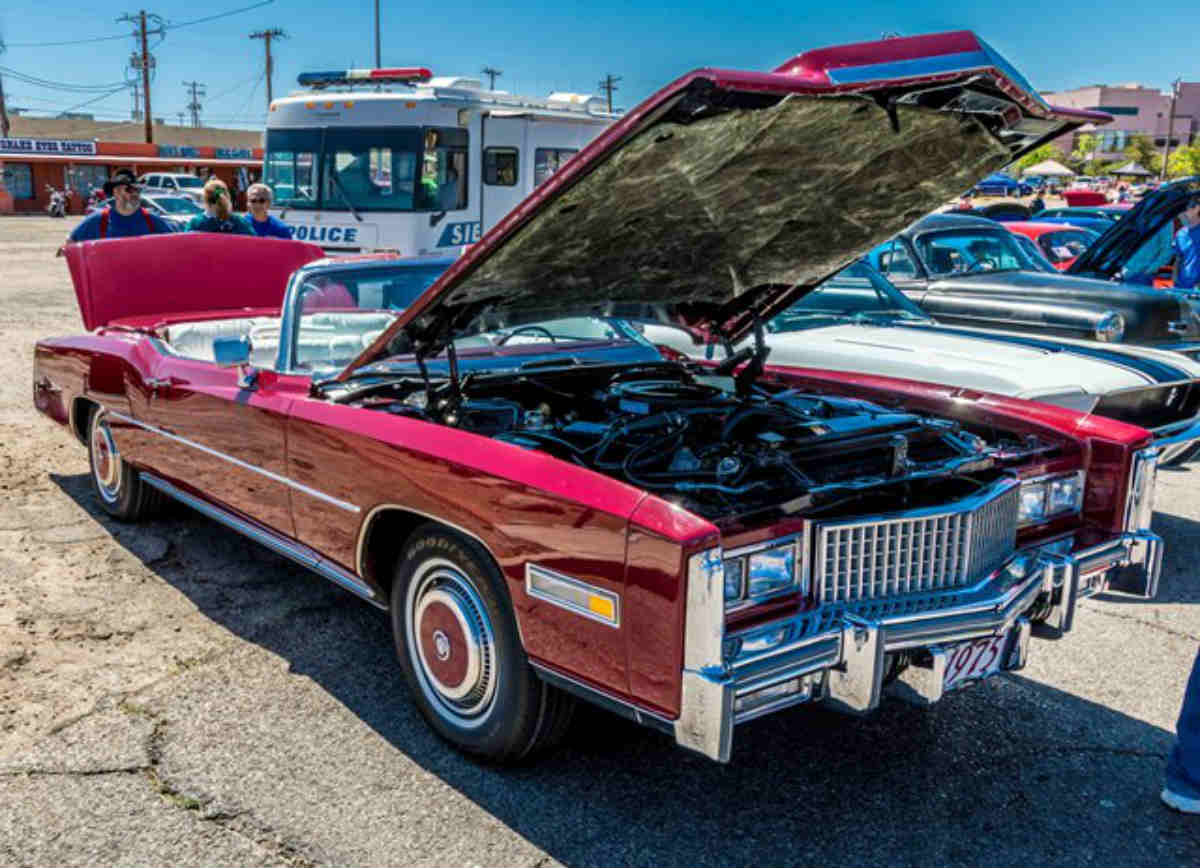 In our second installment this week of December’s 2016’s Ride of the Month nominations, we feature the 1975 Cadillac Eldorado Convertible presented by nominee Ron Murar. Here is some general information about the ride.

As a past epitome of classic Americana and with one of the most notable names in vehicle history, the 1975 Cadillac Eldorado Convertible is a car worth collecting. The vehicle comes with plenty of power under the hood and advanced comfort features inside the cabin. Lumbering and roomy, the Eldorado convertible knows how to keep its occupants happy.

In developing the 1975 Eldorado, Cadillac used a new catalytic converter. This allows the vehicle to operate on unleaded fuel. The car company added an 8.2-liter V8 engine to the car. This engine produces 190 horsepower and 360-pound feet of torque. The Eldorado convertible can go from zero to 60 miles per hour in just 13.2 seconds. It is also capable of reaching 100 miles per hour from zero in 48.9 seconds.

Meticulously Crafted Styling of the 1975 Eldorado

While the 1975 Eldorado features the same body shell that Cadillac introduced in the 1971 model, the car company updated the 1975 version with square headlights. It also streamlined the vehicle’s exterior appearance by eliminating the model’s fender skirts. To give the Eldorado convertible a sportier feel, Cadillac’s design team added elegant new coach windows to the car’s sail panels. Classic design elements include the vehicle’s long hood and short rear section.

To become the luxury car company that it is today, Cadillac has always offered car buyers extra standard features. With the Eldorado, AM/FM radio came standard as did an automatic power antenna, automatic door locks, and power windows. In the 1975 model, Cadillac included automatic climate control that has an economy setting. The carmaker also added six-way power seats and whitewall steel-belted radial tires.

At the time, the 1975 Cadillac Eldorado was the only luxury convertible manufactured in the United States. The vehicle’s convertible section features a clever design element that involves an inwardly folding roof. With this advancement, the car company could provide buyers with full-width rear seating while giving the car a more streamlined exterior style when the roof was folded down. Cadillac allowed car buyers to select the grain leather for their Eldorado convertible from 12 color combinations.

The 1975 Cadillac Eldorado convertible remains the King of Cool. With its incomparable exterior and interior styling, powerful motor and option to drive with the top down, there’s not another vehicle past or present that can knock it off its exceptionally roomy pedestal.

Please follow this link to see a list of all cars nominated for December’s Ride of the Month and to cast your vote.