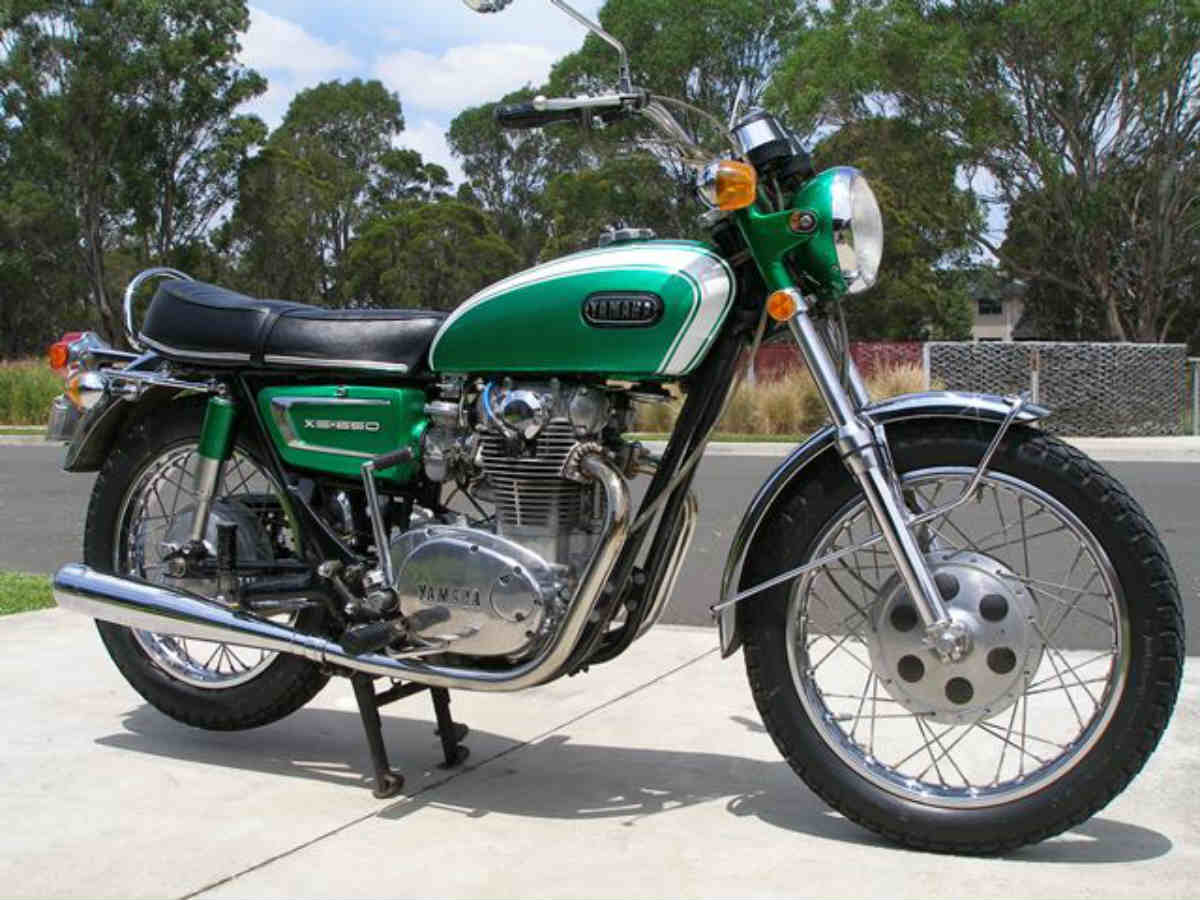 In our first installment this week of November’s 2016’s Ride of the Month nominations, we feature the 1971 Yamaha XS1-650 presented by nominee Ray Curran. Here is some general information about the motorcycle.

The 1970s were a great time for American motorcycle enthusiasts. World War II veterans who were interested in British and Italian motorcycles started to warm up to Japanese engineering right around 1968 with Yamaha’s introduction of the XS-650, which sported British styling but improved upon the straight-twin engine domination that started in 1955.

In 1970, Yamaha introduced the XS1, which gained attention from motorcycle racing fans thanks to its single overhead camshaft structure, which was also present in the heavier and less stylish Honda CB350. With the engine and gearbox built in a manner that shared a single casing. The crankcase of the XS1-650 was laid in a horizontal manner that made it easier for racetrack mechanics to work on. The light flywheel design made this motorcycle speedier than its British counterparts as it was able to reach 105 mph with high revving. This vertical twin design would rule for decades to come.

Although the XS1-650 was marketed as a touring bike, dirt track racers felt more comfortable with the engine than your average weekend rider. This motorcycle had a strong tendency to cause strong and less than comfortable vibrations due to the crank angle being set at 360-degrees. This vibration could be felt by riders at idle, but once the XS1-650 hit the open highway, the vibes proved too much to bear. In terms of power, the 53 BHP delivered at 7,000 RPM really made the XS1-650 move. It took a few years for Yamaha to add vibration dampers, but purists in 1971 complained that a British-looking motorcycle sold to the touring crowd should not vibrate so much.

The XS1-650 had a clear price advantage over British motorcycles being sold in the United States in the early 1970s. It was irresistible for riders with $1,250 in their pockets, and its look along with the factory paint scheme of green on white made it an interesting proposition for anyone who did not mind the buzzing vibration that made this Japanese wonder feel like a one-stroke dirt bike. These days, a well-kept XS1-650 can be found for about $2,000, and aftermarket parts are not difficult to obtain thanks to renewed interest by American and Japanese riders.

Please follow this link to see a list of all cars nominated for November’s Ride of the Month and to cast your vote.