Today, NASCAR may be seen as a spec race driven more by personalities than cars, but back in the ’60s, it truly was “stock car” racing. To win on the track, companies came out with “homologation specials,” production cars built with racing parts to qualify them under competition rules.

By the end of the ’60s, wind resistance was becoming the limiting factor for track speeds. Chrysler was being beaten by Ford’s more aerodynamic Torino, so they went all-out with the Daytona and Superbird. Both cars sported a revolutionary pointed fiberglass nose to reduce drag and a tall spoiler to provide downforce at high speeds. Buddy Baker used a Daytona to break the 200 mph barrier in 1970, setting a speed record that would stand for 13 years.

The cars dominated the circuit, winning 75% of the races in 1969 and 1970. However, new rules for 1971 restricted “aero” car engines to 300 c.i., making the designs noncompetitive against non-aero cars that could still have engines displacing up to 426 c.i.

Although both shared similar designs, it begs the question: which one was better, the Superbird or the Daytona? 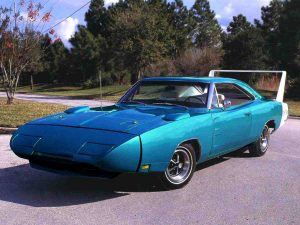 A few were sold with the 426 Hemi, but most were equipped with the 440 with either a four barrel carburetor or the “Six Pack” with three two-barrel carburetors. Aside from some required add-ons like power disc brakes, the Daytona could be ordered with anything available in a Charger. In the end, the 503 cars produced were enough to satisfy customer demand and qualify the car for a full race season.

Plymouth wanted their own aero car for driver Richard Petty, but they ended up building 1,935 cars to meet new NASCAR requirements. Dealers struggled with selling something so radical, often resorting to turning them back into stock Road Runners to move them off the lot. However, delays and rule changes meant the car was used for only half a season.

The Superbird used a different wing design than the Daytona, but the basics were still there. Like the Road Runner it was based on, the options list was light, keeping cost and curb weight down.

The Superbird may have had success with Petty at the wheel, but the Daytona’s longer race career brought it more wins. Coupled with its smaller, more successful production run, it’s the King of the Aero Cars. 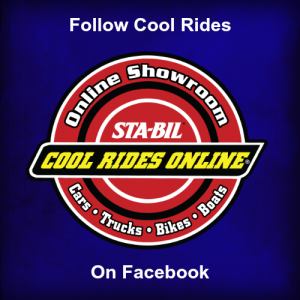